The issue was the focus of a high-level meeting at the German air base in Ramstein on Friday. Resnikov was then very optimistic that there could soon be a compromise from Germany. Reznikov tweeted a photo of himself with Germany’s new defense minister, Boris Pistorius.

In his post, he thanked, among other things, the German government for its military aid and also wrote: “We had an open discussion about Leopard 2. To be continued.” training Ukrainian soldiers on Leopard -2 tanks to begin with.

The Ukraine contact group meeting in Ramstein, Germany, on Friday brought more sweeping pledges of military aid to Kyiv. From the Ukrainian point of view, perhaps the most important issue at the moment remained open: the delivery of the German Leopard main battle tanks.

Ukraine has been demanding delivery of main battle tanks for some time. It’s particularly about Leopard 2. Poland, among others, has declared its willingness to deliver. However, since the tanks are of German production, Germany must agree to the transfer. So far, this has not happened and no decision has been taken at the Western allies meeting at Ramstein air base.

more on the subject

Ukrainian President Volodymyr Zelenskyy, however, was convinced in his video message late on Friday that he would welcome the tanks. During the talks, he heard a lot of understanding for the needs of Russia-battered Ukraine, Zelensky said. “We will have to fight for the supply of modern tanks, but every day it becomes more obvious that there is no alternative but to choose the tanks.”

Zelenskyy said long-range missiles were also needed to liberate Ukrainian areas. Not everything discussed in Ramstein was intended for the public, Zelenskyy said. The end result, however, is the strengthening of Ukrainian resistance to Russian aggression.

The President of the European Parliament, Roberta Metsola, also assumes that Ukraine will also receive Leopard 2 tanks to support the war against Russia. At the meeting of Western allies at the US base in Ramstein, “other important commitments were made, and I remain optimistic about tanks as well, as this is the next logical step,” the Maltese newspaper quoted the “Handelsblatt” as saying. .

Leopard 2 tanks are at the center of the debate “because there are so many of them, because they are relatively easy to maintain, because many European countries have them and because Ukraine simply needs them.” It is good that the alliance partners in Ramstein have agreed to new weapons deliveries. “What we urgently need, however, is leadership, unity and a common approach to supplying Leopard 2 tanks.”

“Ukraine gets all the help it needs”

“Ukraine will get all the help it needs,” US President Joe Biden said when asked by journalists in Washington if he supported Poland’s intention to supply Ukraine with Leopard main battle tanks. A senior US official, who declined to be named, reiterated that the US stood by its position not to send Abrams main battle tanks to Ukraine.

US Secretary of Defense Lloyd Austin praised Germany as a reliable partner despite hesitations to supply Ukraine with Leopard 2 main battle tanks. “Yes, you are a reliable ally. They have been around for a long, long time.” Austin said Friday in Ramstein after the Ukraine Contact Group meeting. 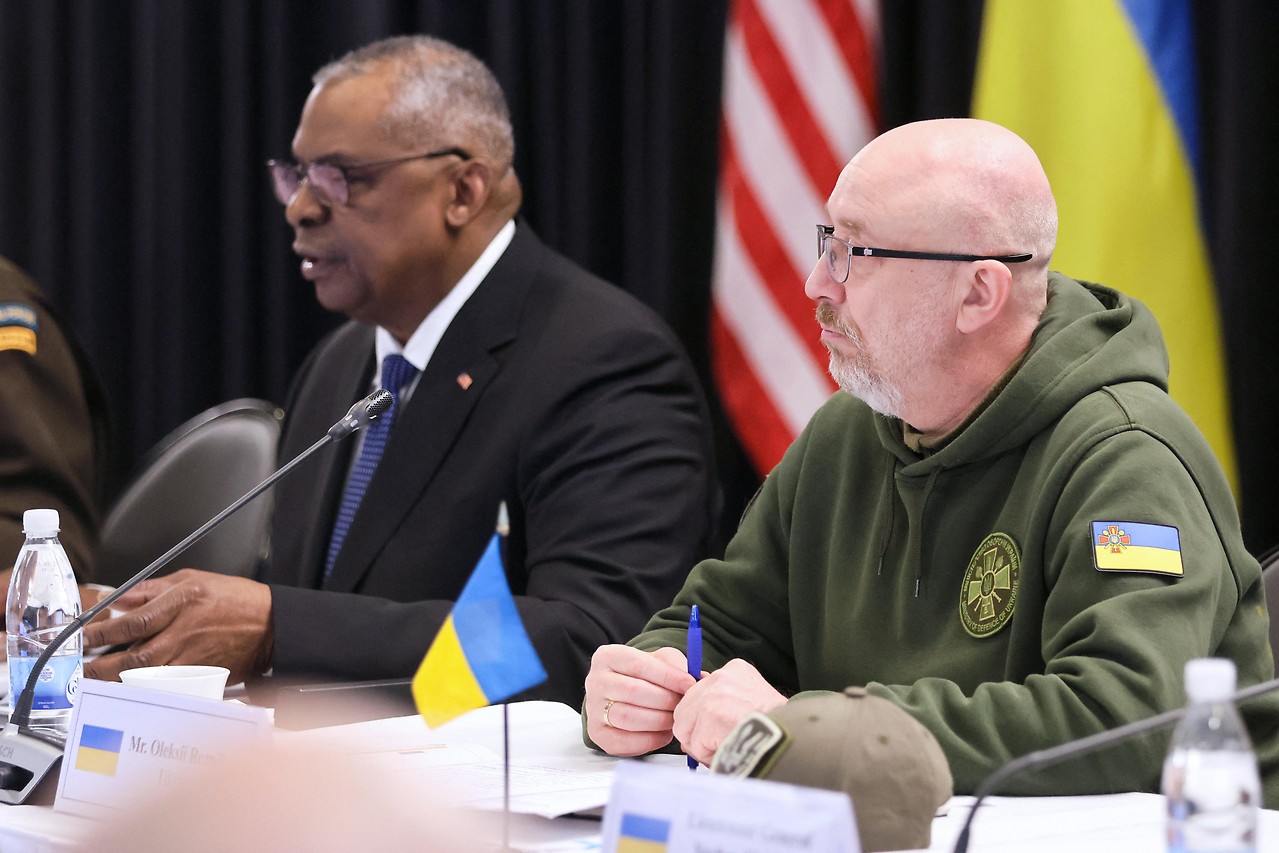 “We don’t pressure anyone”

The US government has emphasized that each country makes sovereign decisions about arms supply. “We don’t pressure anyone and we don’t allow anyone to pressure us,” National Security Council communications director John Kirby said in Washington on Friday.

If US Defense Secretary Austin has his way, a single weapons system will not be decisive for Ukraine’s military success. The Ukrainians received a package of great military capabilities – including armored vehicles from the United States and other countries. If used correctly, these tools can lead to success.