The Fanpage.it interview with General Marco Bertolini: “If Ukraine, with US support, tried to retake Crimea, it would effectively be World War III. If it happens, it’s clear that we have to reckon with everything.”

Italian Deputy General and former commander of the Joint Operational Command and the Folgore Brigade. 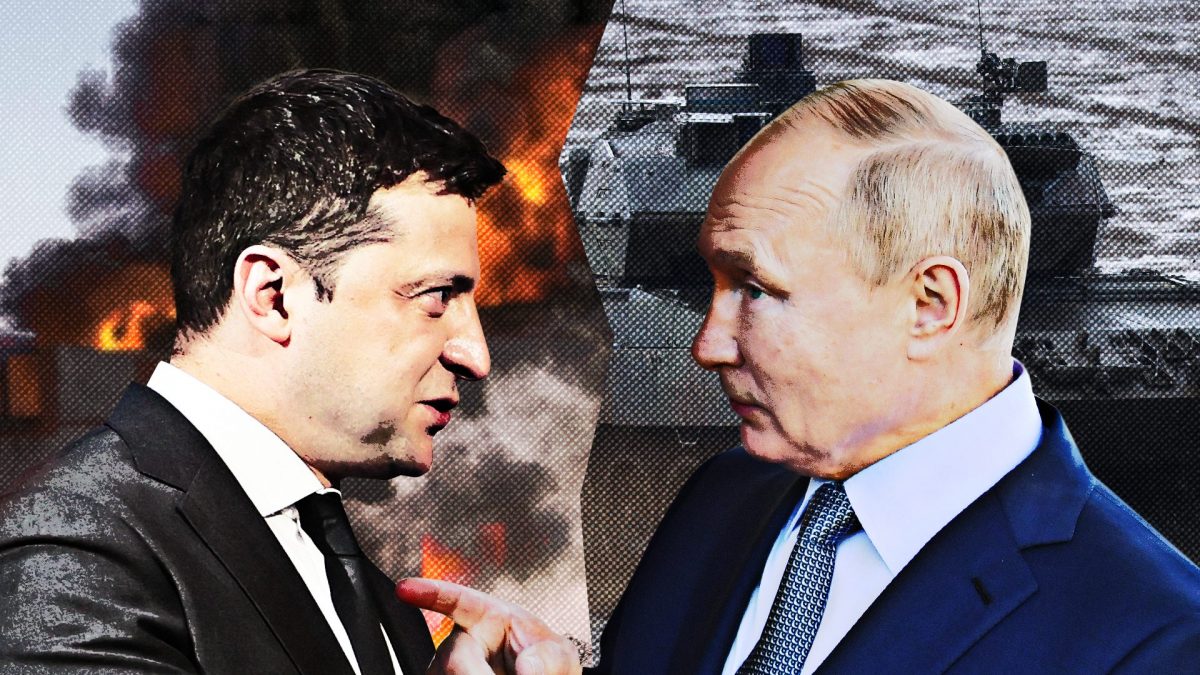 “If Ukraine tried to retake Crimea with US support, it would effectively be World War III. Russia absolutely cannot lose the peninsula. If that happened, it would be a terrible loss for Moscow.”

talking is Marco Bertolini, Italian Deputy General and former Commander of the Joint Operational Command and the Folgore Brigade who explained to Fanpage.it what a hypothetical clash between them was Russia and Ukraine in Crimea, according to rumors spread yesterday by the New York Times.

Indeed, according to the American newspaper, the United States would change its position on the scenario of an a Ukrainian recapture of Crimea. This also seems to emerge from the allusive words of the Foreign Ministry spokesman, Ned Price: “Crimea is Ukraine. Of course, we do not make specific decisions in favor of our Ukrainian partners. These decisions are their business.”

“A nuclear war, if Russia loses in Ukraine, risks our fate,” Medvedev warned

General Bertolini, is it possible that the clash between Russia and Ukraine is actually shifting to Crimea?

“Anything is possible, it depends on what you are willing to spend. With these statements, the USA is certainly feeding a Ukrainian irredentism that would not be satisfied with the already improbable withdrawal from Ukraine Donbassgiven the economic and military strength that the US can ensure, adding more and more substance to the nightmare of a third world war or an endless war between Ukraine and Russia. Because under no circumstances must Russia lose Crimea, which is not only a country inhabited mainly by Russians, but also the bases of Sevastopol and Simferopol that are essential”.

“Russia has an essentially defensive military stance, with fleets and military commands only on its own territory. Specifically, one of its 5 fleets is in the Black Sea in Sevastopol, one in the Baltic Sea in Kaliningrad and one in Severomorsk Arctic Ocean, one in Vladivostok and one in Astrakhan in the Caspian Sea which is a closed sea.

But there is a risk that the Baltic will also become a closed sea if Finland and Sweden also join NATO, just as the Black Sea loses control of it. In short, the loss of Sevastopol would be terrible for Moscow, which would be cut off from the Mediterranean and Europe.

So I believe Russia will do whatever it takes to keep Crimea, which has always been the main target of this US proxy war against Russia using Ukraine. It was known from the beginning that Crimea was the main target. It really can be the straw that breaks the camel’s back.”

So, would the US be willing to provide further substantial aid in the form of money and arms to bring Crimea back under Ukrainian control?

“The United States doesn’t care that Crimea is returned to Ukraine. Importantly, it is not available to Russia, an existential enemy of the United States as a continental power naturally linked to Europe and the Mediterranean.”

How might Russia react to such a move in Crimea?

“I hope that step doesn’t happen. You recognize that too Danger this situation. It would mean bringing the confrontation to you point of no return, so there would be absolutely no possibility of negotiation. If it happens, it’s clear that we have to reckon with everything.

Then it must be said that despite all the aid that is arriving, Ukraine has still suffered enormous losses soldiersboth in the Oblast of Kherson, and especially in Donbass, where an extremely bloody war is taking place between the parties. So he does not have enough strength to cope with such a situation. Even if the promised tanks arrive before he can use them to reverse a situation where the initiative is currently in Russian hands, he would be faced with a very costly situation from a human life standpoint, and I don’t think he can let it happen . But never say never.”

Do you currently think it is possible to hope for a negotiation to resolve the conflict?

“You have to understand what is meant by negotiations. If one intends to find a compromise solution that satisfies and displeases both parties to the conflict equally, and which would be the natural solution dictated by common sense, this is a fact. If, on the other hand, Negotiating Agents intends Russia’s surrender or withdrawal, and perhaps a war crimes trial against it, is not mentioned. And this, alas, is Zelenskyi’s position, which seems to be embraced enthusiastically by much of the West I don’t understand what we’re getting into.

It is clear that if Russia is to end up like Saddam or Gaddafi, it will fight to the bitter end. Those who say the war must end with Russia’s surrender clearly do not want negotiations, they want war at any cost and that it can go on for years with the aim of weakening Moscow.

Putin now he is dealing with a section of public opinion, around 20%, who do not want negotiations and accuse him of being too soft, while only around 50% support him in seeking a negotiated solution. Because of this, he needs strong results in the field before he can negotiate. Let’s not talk about it Zelensky, which must contend with the US and West dictating the “battle rhythm” of the war it is waging. I don’t think he can give up, at least for now.”