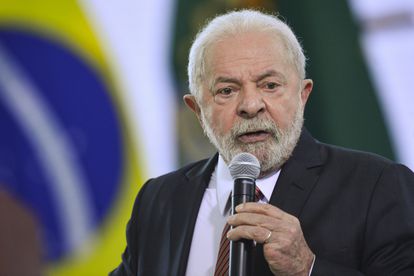 The President of Brazil, Lula da Silva, in an official act in Brasilia.DPA via Europa Press

In recent months, a truism has been repeated to describe the supposed Latin American “turn to the left.” There is some truth in looking, for example, at the results of recent presidential elections in three South American countries in chronological order: Boric (Chile), Petro (Colombia) and Lula (Brazil).

This data from reality, as well as some analyzes that continue to express a certain voluntarism, refer to such a hypothetical “wave” of the left. This hypothesis omits several underlying trends that run—not so underground—through much of the region, which has deepened its fragmentation and dispersal. If we were facing a “wave”, progress would have been made in these aspects at levels at which, for example, the next CELAC (Community of Latin American and Caribbean States) summit on January 24 in Buenos Aires would find us less spread out .

A more careful analysis of the main trends existing in the region today would lead us to put at least two fundamental questions on the table.

At first glance, the situation does not seem so serious, because after this “slump”, 49% of Latin Americans support democracy, 13% authoritarianism, and the population indifferent to the government regime would remain high (27%). This photo doesn’t seem to paint too badly given the serious economic and social degradation caused by the pandemic: it has increased the number of poor in the region by more than 50 million.

But beware! Dissatisfaction with democracy has increased since 2013: from 51% to 70%. So the whole photo has to do with that broadened background sense of distance and resistance that is undoubtedly associated with the increase in poverty and also with the growing insecurity of citizens.

Second, an expanding dynamic of polarization, in which currents of opinion tend to settle in the extremes. They emphasize an extreme right, very radical and organized, an extreme left, as well as authoritarian and vertical projects not previously expressed or manifested.

The photo is not complete if we stick to the very basic question of whether or not one agrees with authoritarianism. Going further, there are now options, dynamics and concrete criteria that transparently translate, expand and strengthen authoritarian values.

Four examples of these currents; From North to south.

Although in Mexico the administration of López Obrador (AMLO) has been legitimized and enriched with social programs of direct access to millions of beneficiaries, in the visible background it is streaked with authoritarian traits: signs of state interference in the prestigious electoral system and the increase in weight of the military institution, both in the crucial area of ​​internal security as well as in their growing presence in investments and public management of airports, railways and even highways). Relevant Fact: AMLO completed its fourth year in office with an approval rating of 55%, higher than any other Latin American president since that time.

In El Salvador, the vertical and authoritarian logic of Bukele is maintained and deepened, for whom concepts such as the rule of law, separation of powers and other irrelevant archaisms are. Like it or not, that ties directly to more than 90% approval ratings in the polls, one of the highest in the region for someone who has been in office for more than three years. Law and “public order” are above all the values ​​that today underpin the legitimacy of a ruler who has swept away democratic obligations such as respect for judicial independence, which have been shattered since 2021, when Bukele dismissed the Constitutional Chamber of the Supreme Court and Attorney General .

Peru is going through particularly difficult times. Among those that stand out is the active emergence of the so-called “deep Peru” of the Andes, seeping through centuries of marginalization through a wide range of claims found on the streets and highways today. But at the same time conservative and even reactionary visions are expressed from the same country – today mostly urban.

At the same time, Peru is in a shake-up against one of four countries – the others being Paraguay, Guatemala and Honduras – in which 40% or more of respondents answered no less than “I would support military government over democratic government if it were too difficult.” There are a number of perceptions of growing roots that shed a warning light on the democratic future in a society that appears to be fertile ground for authoritarian projects.

A recent national poll in devastated Peru, for example, expressed support for certain values ​​that violate international democratic and sovereignly agreed human rights standards. For example, it is notable that 72% of respondents support the reintroduction of the death penalty, 73% against equal marriage (now legalized in Argentina, Brazil, Chile, Colombia, Costa Rica, Ecuador and Mexico) and 58% against the decriminalization of abortion in Argentina the first few months. All this does not sound very advanced.

In Brazil, on the other hand, the adjusted election result and the confrontational and coup logic of Bolsonaro and his supporters have already had a thunderous chapter in the recent events in Brasilia. But the criminal case opened against Bolsonaro himself for inciting the crime he is accused of by the Supreme Court is a sign that this process of polarization, with a very bellicose extreme right and ties to the military and livestock sectors, is allowing us In Brazil we are just standing at the beginning of a very complex time.

In the context of this dynamic, the polarization that everyone is talking about actually sums up the emergence of surprisingly radical currents that point very clearly in an extreme direction. This is particularly visible and loud on the extreme right.

At first glance, the radicalism of the extreme left does not seem to have centers of development and expansion of this force. But no doubt the violence and virulence manifested in certain moments of social conflict (as experienced in Chile, Colombia and now Peru) could be a kind of “tip of the iceberg” to follow and to consider. .

In any case, it would be clear that something like this could happen and spread if no further progress is made in building common spaces for dialogue and concertation. The next one from CELAC will probably express something of that. One might optimistically expect this quote to do something about it; starting by vaccinating themselves without repeating the polarization that is sweeping the region today. We will see.