The French government wants to raise the retirement age from 62 to 64 – much to the chagrin of hundreds of thousands of people who took to the streets to protest. Schools, trains and radio programs are threatened by massive strikes.

In protest against the planned increase in the retirement age from 62 to 64, numerous workers in France went on strike on Thursday. Many primary schools remained closed, public radio broadcast music instead of the usual morning show, and employees of the energy company EDF slightly reduced electricity production. Rail connections and local transport in Paris were heavily disrupted.

Hundreds of thousands of people are expected to take part in demonstrations in more than 200 cities. “It will be a strong day of protest,” CGT union leader Philippe Martinez told Public Sénat. “When all unions agree, which is rare, it shows how big the problem is,” he added. The eight largest unions jointly called the strike. “A lot of people who don’t usually go out on the streets are there this time,” Laurent Berger, head of the CFDT union, considered moderate, told broadcaster BFM. 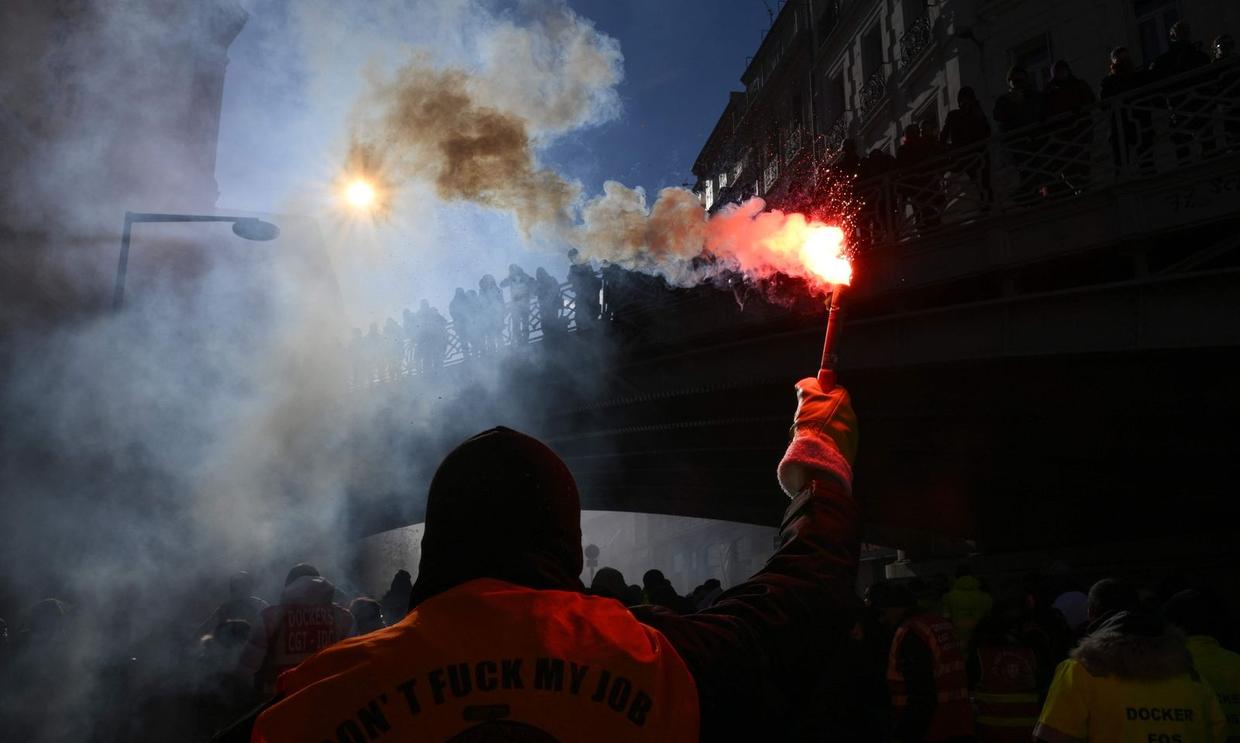 Protesters take to the streets with torches and banners, pictured in Marseille. APA/AFP/NICOLAS TUCAT

Prime Minister Elisabeth Borne announced the main lines of the social security reform last week. President Emmanuel Macron had already tried in 2019 to simplify the complicated French pension system and make the French work longer. This led to the longest wave of protests since the 1968 student revolt. The renovation project was initially put on hold because of the corona pandemic.

With the reform, the government wants to guarantee the long-term financing of the social security system. The pension fund is currently in surplus, but the government expects a deficit of €14 billion by 2030. According to the OECD, the pension system is currently costing France around 14% of its economic output.

The retirement age should therefore be increased from 62 to 64 years. Originally, Macon had called 65 as a goal. There must continue to be special regulations for people who start work very early and for those in particularly strenuous jobs. At the same time, the minimum pension will be increased to 1,200 euros.

The government also wants to ensure that more seniors than before remain in the workforce. At the end of 2021, only 36% of people aged 60 to 64 were employed.

The bill is due to be presented to the cabinet next week and then debated in the National Assembly.