The eco-warrior warned crowds of “rain bombs” and boiling oceans while discussing Earth’s concerns unless drastic changes are made to address the environmental problems.

Gore, who also expressed his support for climate activist Greta Thunberg following her recent arrest for protesting a coal mine in Germany, said the world would soon be in peril if citizens continued to treat the atmosphere as an “open-air sewer”. would.

Video of his speech has sparked criticism online from those who have claimed the former politician was “wrong about everything” and called him a “shill”.

The World Economic Forum guest said the situation is worse than people realize, claiming that current emissions of greenhouse gases are putting heat into the atmosphere equivalent to that of “600,000 Hiroshima” bombs per day.

Gore also pointed to “xenophobia” and “political authoritarian tendencies” as contributors to the ongoing climate problems and surge in refugees.

“Look at the xenophobia and political-authoritarian tendencies emanating from just a few million refugees,” said the activist.

“What about a billion?! We would lose our ability to self-govern in this world! We must act,” he cried, referring to predictions that the world would see a billion refugees “in this century.”

Gore has spent the better half of the last two decades “sounding the alarm” about how humanity is “failing” on climate change.

He says the heat generated by greenhouse gases is responsible for the climate catastrophes the world has experienced in recent years.

“That’s what makes the oceans boil and creates these atmospheric rivers and the rain bombs and sucks the moisture out of the land and causes the droughts and the ice melts and raises sea levels and causes these waves of climate refugees.” exclaimed Gore during the forum. 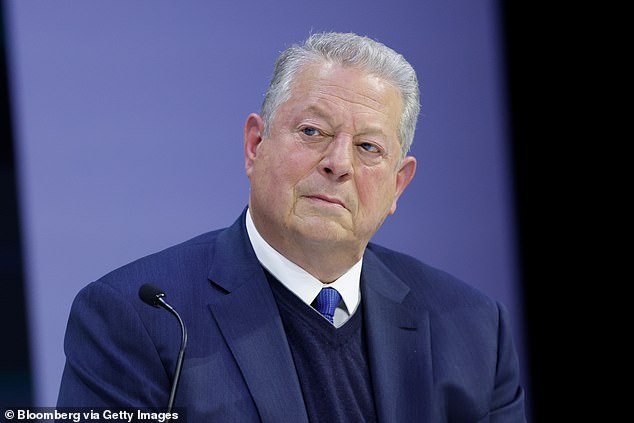 The World Economic Forum guest said the situation is worse than people realize, claiming that current emissions of greenhouse gases are putting heat into the atmosphere equivalent to that of “600,000 Hiroshima” bombs per day 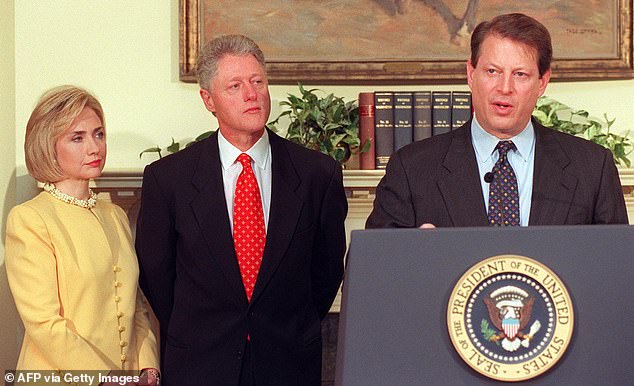 The environmental activist also mentioned the troposphere, the lowest layer of Earth’s atmosphere, which he calls the “thin blue line”.

“People know that thin blue line that astronauts bring back from space in their pictures? That’s the part of the atmosphere that contains oxygen, the troposphere, and it’s only five to seven kilometers thick,” he says.

“We use that as an open sewer,” Gore continued.

That’s when the former vice president issued his stark warning that the heat generated by humans is being pumped into the troposphere.

“We still use 162 million tons [of greenhouse gas] in every day,” he said.

“The accumulated amount now traps as much additional heat as would be released by 600,000 Hiroshima-class nuclear bombs exploding on Earth each day,” Gore claimed. 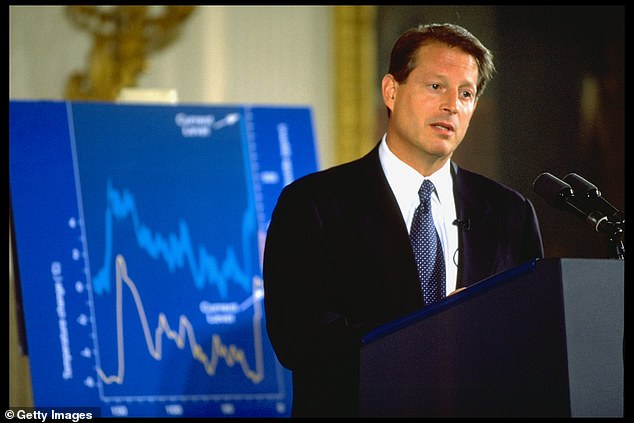 “The accumulated amount now traps as much additional heat as would be released by 600,000 Hiroshima-class nuclear bombs exploding on Earth every day,” Gore said 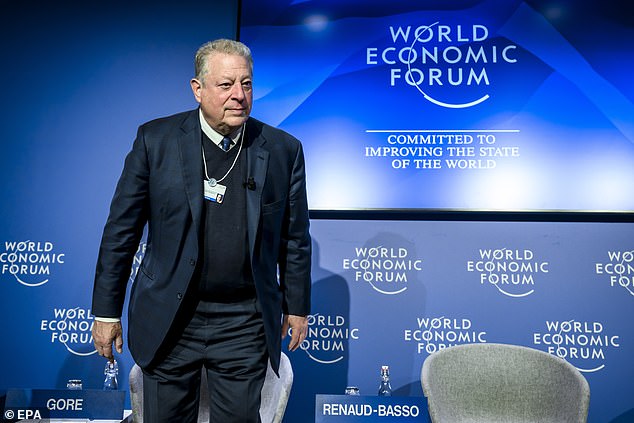 Twitter users quickly pounced on Gore’s speech, calling the eco-warrior “insane” and asking, “How does anyone take this stuff seriously?”

“Al Gore continues to rant and claim we’re “boiling the oceans” and creating “rain bombs” and “sucking the moisture out of the land and causing droughts and melting the ice and raising sea levels,” Tom Elliot wrote in a tweet.

“He was wrong about everything. Every prediction wrong. He’s a dork and offers nothing of concern about our climate,” claimed one Twitter user.

“How does anyone take this stuff seriously?” asked National Review editor Claude Thompson. 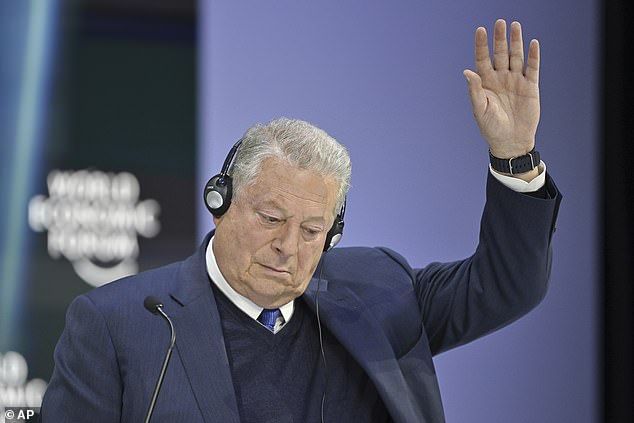 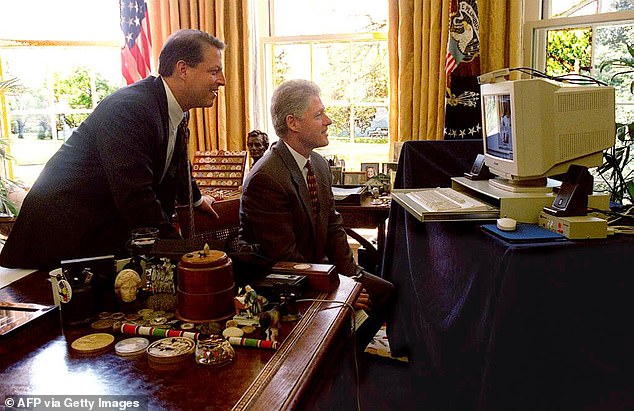 “He was wrong about everything. Every prediction wrong. He’s a jerk and he’s not offering anything critical about our climate,” said one person who doesn’t believe Gore’s claims

However, some on social media applauded Gore’s “passionate” speech and said they believed he merely took an aggressive approach to raising concerns about the climate issue.

“Grateful that Al Gore continues to tell the truth. Contempt for all the people in positions of power – politicians, media, celebrities – who refuse to fully sound the alarm #ClimateEmergency,” one verified Twitter user wrote.

“Agree with Al Gore,” wrote former Democratic National Committee chair Donna Brazile. “We are in a #climatecrisis. There’s no denying what’s happening. Why are we silent?’ the former chairman continued. 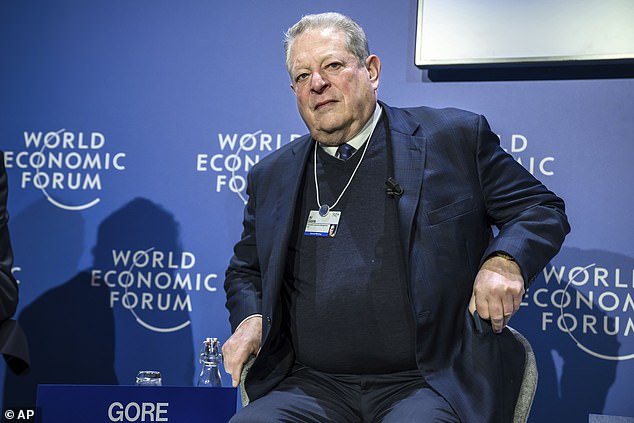 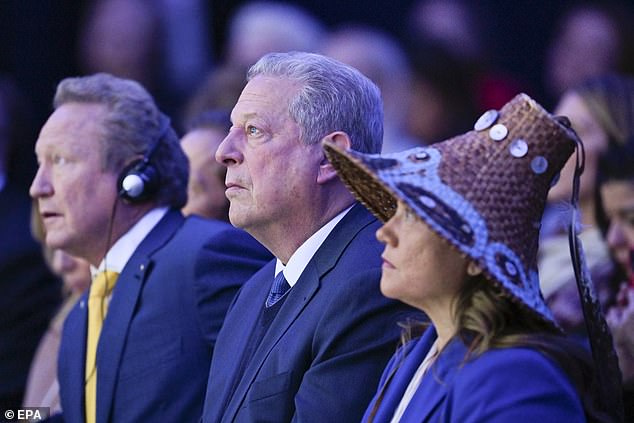 The forum will take place in Davos, Switzerland

Gore’s claims didn’t stop there, however.

He said he believes taking action on climate change should require a supermajority rather than a unanimous agreement among world actors.

Gore believes oil-rich states and companies are making the process more difficult when it comes to taking action.

“We cannot let oil and gas companies and petrostates tell us what is permissible,” he said. “At the last COP, we weren’t even allowed to discuss reducing oil and gas.”

COP is the name of the United Nations Climate Change Conference.

Gore also expressed concern over the “appearance of a conflict of interest” in having the head of oil company Abu Dhabi National Oil Co. – Sultan al-Jaber – as the next COP president.

“Will we be able to discuss reducing oil and gas at the next COP or (will we) hand the COP over to the oil industry?” he asked.

Gore also spoke out for climate activist Greta Thunberg, who was arrested in Germany for protesting a coal mine in the area.

“I agree with your efforts to stop this coal mine,” Gore said. 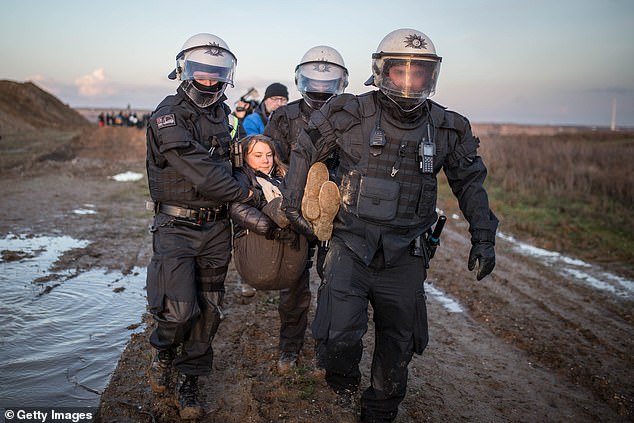 Gore also spoke out for climate activist Greta Thunberg, who was arrested in Germany for protesting a coal mine in the area 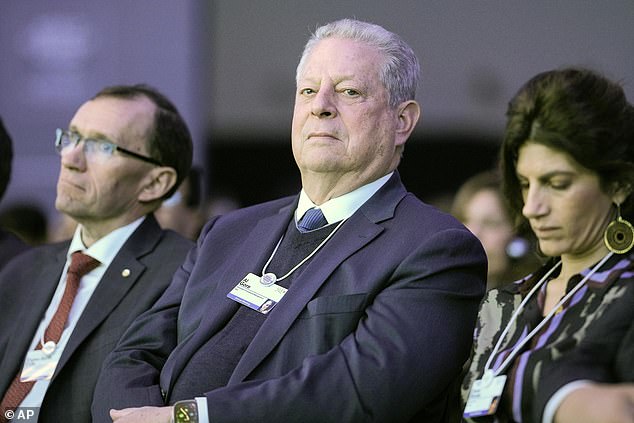 The former vice president’s statements come as other leaders said during the summit the world is in a “regrettable state” over “interconnected” challenges.

The group pointed to issues like climate change and Russia’s war in Ukraine “piling up like cars in a chain reaction accident.”

UN Secretary-General Antonio Guterres made the statements on the second day of the gathering.

Guterres said the greatest geopolitical divisions and distrust in generations are undermining efforts to address global issues, which include rising inequality, a cost-of-living crisis fueled by rising inflation, an energy crisis and the ongoing impact of the Covid-19 pandemic and supply chain disruptions.

He highlighted climate change as an “existential challenge” and said a global commitment to limit global temperature rise to 1.5°C “is almost going up in smoke”.

“We learned last week that certain fossil fuel producers in the 1970s were fully aware that their core product was baking our planet,” he said in his speech. “Some in Big Oil have been peddling the big lie.” 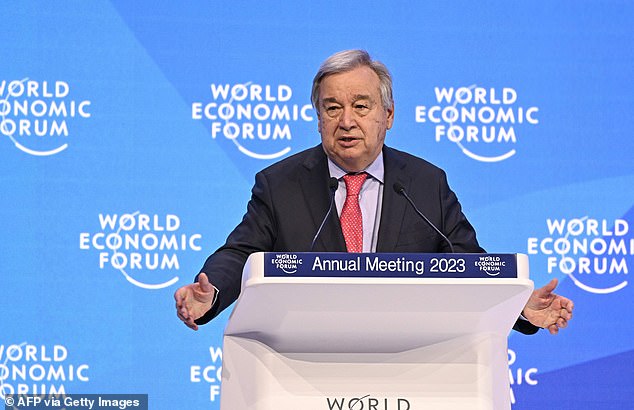