Florida Congressman Greg Steube, 44, was rushed to the hospital with “multiple injuries” after falling from the roof of his Sarasota home

Florida Congressman Greg Steube was hospitalized after falling from the roof of his home in Sarasota.

Steube, 44, was found lying outside his home by an Amazon delivery man who also works part-time as an assistant to Steube’s fellow congressman Vern Buchanan.

The delivery man called an ambulance, and Steube was taken to the hospital, where his condition was unclear.

He was performing routine maintenance on his home and fell 25 feet, FloridaPolitics.com reported.

“Congressman Steube was involved in an accident on his property late this afternoon and sustained multiple injuries,” his office tweeted.

“We will provide additional updates where possible. Please pray for the congressman and his family.’

Greg Steube, 44, was hospitalized after falling from the roof of his home in Sarasota 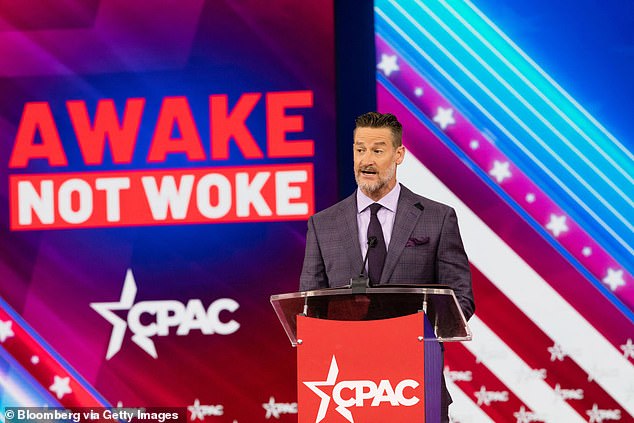 Steube was elected in 2019 to represent the districts of Sarasota and Fort Myers.

He lives with his wife Jennifer, a wealth manager, and their son Ethan.

His colleagues sent him wishes for a full recovery.

“Please join (my wife) Ann and I in wishing Greg a speedy recovery,” tweeted Florida Senator Rick Scott, who was previously the state’s governor.

“We include him and the Steube family in our prayers.”

Brian Mast, another Republican congressman for Florida, tweeted, “Praying for you brother.”

Steube made headlines in June when he drew multiple guns during a live zoom session of the House Judiciary Committee called to debate gun laws.

Steube argued that the law restricting high-capacity magazines would have unintended effects – and he held up his own guns to demonstrate while attending the hearing virtually.

Steube replied: “I’m at home, I can do what I want with my guns.” 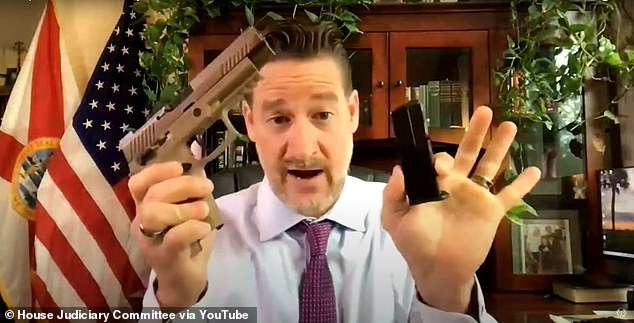 Republican Rep. Greg Steube of Florida displayed his own collection of guns via Zoom during a heated House Judiciary Committee hearing in June to mark gun control legislation 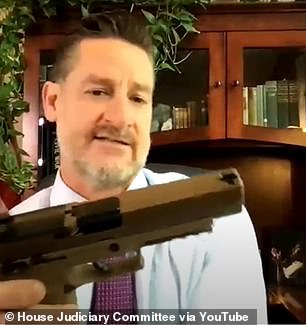 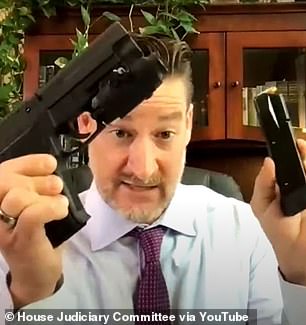 “I’m in my house, I can do what I want with my guns,” Rep. Greg Steube told Democratic Rep. Sheila Jackson Lee during the hearing