Saturday, January 21 marks the 75th anniversary of the first day the Quebec flag was raised atop the National Assembly. Back in time.

On January 21, 1948, 17 years before Canada adopted the maple leaf, the Quebec Legislative Assembly (now the National Assembly) adopted its own flag. At around 3:10 p.m., the Fleur-delysé hovers atop the tower of the National Assembly in Quebec. In it, Prime Minister Maurice Duplessis stated that “Quebecians have long asked that Quebec adopt an official standard” and that a flag was needed “that barred every sign of serfdom and colonialism,” a thinly veiled nod to the British Union Jack, which has been the country’s only official flag since the conquest. Duplessis suggested that the house adopt “a distinctly Canadian flag, symbolizing the aspirations of the people of that province”.

The flag’s existence is due in large part to the work of independent Quebec MP René Chaloult, who campaigned for its adoption for years. Mr. Chalout was due to apply for acceptance of this project on January 21, 1948, but Duplessis surprised him. Chaloult took no offense if we trust his speech in the House: “In view of the motion that I entered on the order paper, I had prepared a plea for the fleurdelysé; Of course I offer it with pleasure,” he explains. A plaque honoring Mr. Chaoult is installed at the place where he lived in Quebec, citing him as the “Promoter of the Adoption of a Quebec Flag”.

Inspired by other banners and flags

There is a flag hall in the National Assembly that displays eight banners and flags inspired by Quebec’s. For example, the lily, the oldest symbol, appeared on the banner of King Louis VII, whose reign lasted from 1137 to 1180. A red ensign with a white cross also appeared in the left corner of a Saint-Malo flag hoisted in the port when Jacques Cartier and his fleet sailed to the New World. On merchant ships, the flag later becomes blue, and when the standard is square, it is clearly reminiscent of the future Quebec flag. 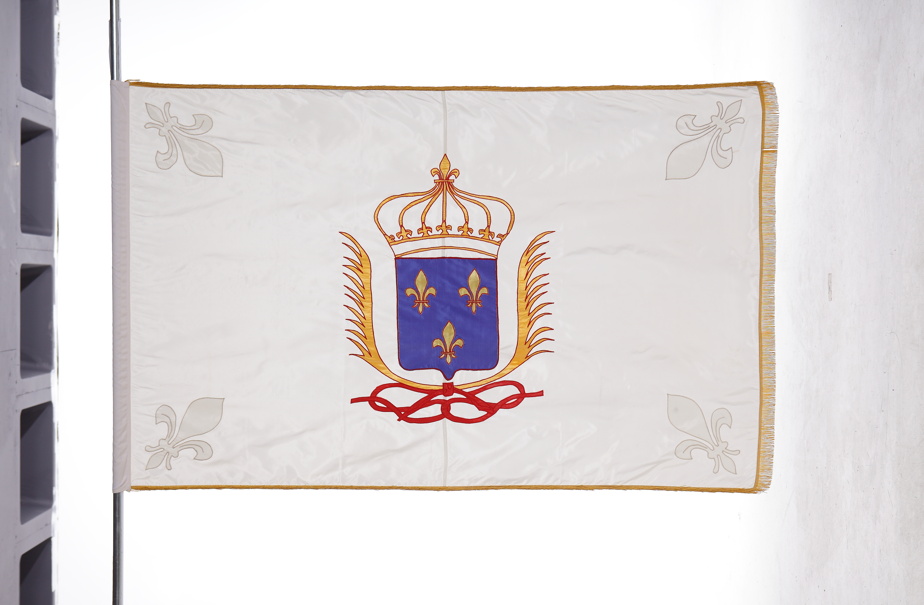 The fleur-de-lis on the Quebec flag is inspired by those on the Carillon banner. According to the National Assembly website, this religious banner, the center of which is marked by the coat of arms of France, “is considered a direct ancestor of the Quebec flag.” On June 24, 1848, it was carried high in the streets of Quebec by the leaders of the Saint Jean Baptiste Society. 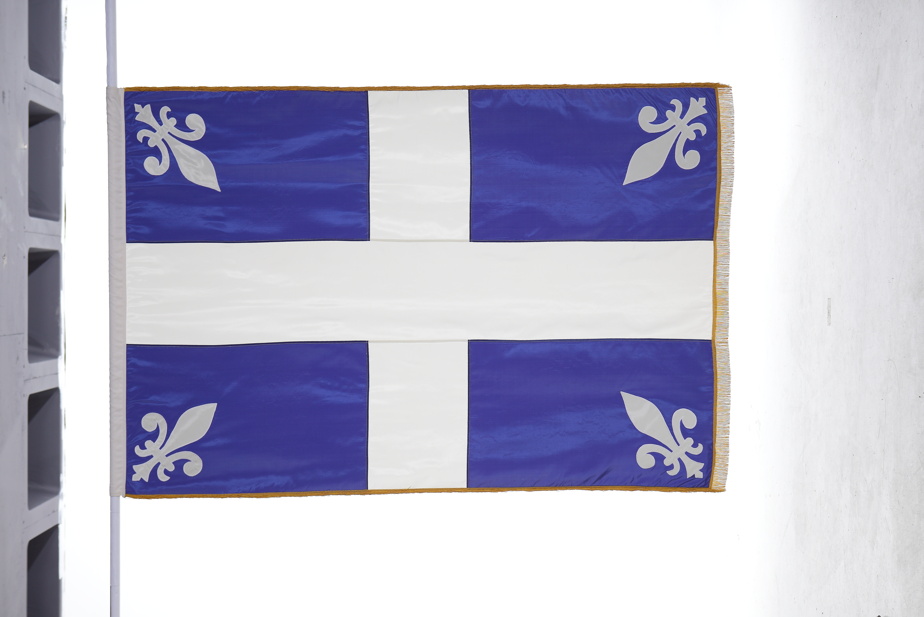 We owe the pastor of Saint-Jude Elphège Filiatraut the amalgam that led to the creation of the Quebec flag. On September 23, 1902, on the occasion of their silver wedding anniversary, Elphège Filiatrault raised a new flag, nicknamed the Modern Carillon, in the center of the village, declaring: “We are a new people on the land of America; Now a new people needs a new flag. According to Christian Blais, historian at the Library of the National Assembly, an error by Elphège Filiatrault led to the adoption of the color blue. “The priest had heard that the banner of Carillon was blue,” he said. Which wasn’t the case. The blue stayed. 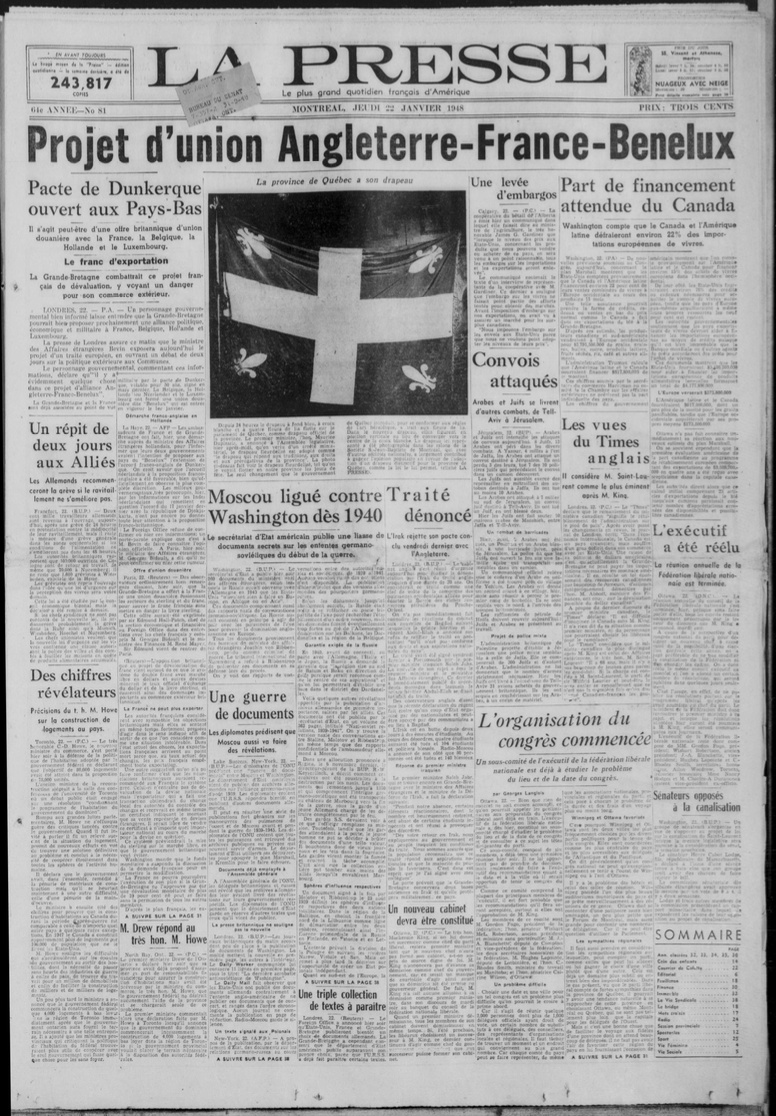 Like many media outlets, La Presse mentions the introduction of the new Quebec flag on the cover of their January 22, 1948 issue.

Let’s go back to January 21, 1948. At the presentation of the new Quebec flag, Maurice Duplessis announces an important correction. “We made some changes on the advice of heraldry experts,” he said. We have aligned the lilies to point directly at the sky to show the value of our traditions and the strength of our beliefs. »

The example must come from above 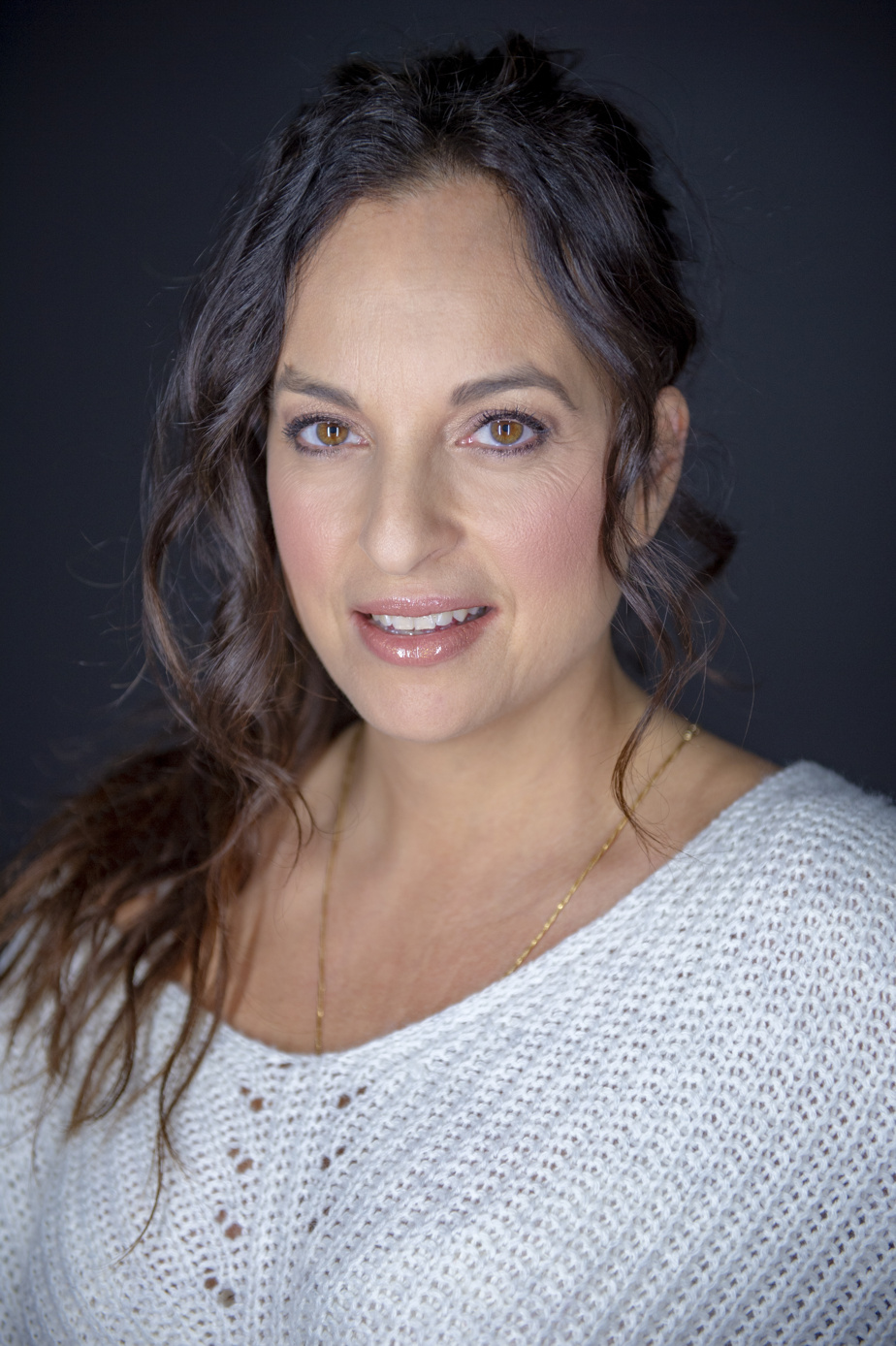 The General President of the Saint-Jean-Baptiste Society, Marie-Anne Alepin

What does the Quebec flag represent to Marie-Anne Alepin, President General of the Saint-Jean-Baptiste Society? “The Fleurdelysé is a powerful symbol of our pride, of our nation,” she replies. And also of our past, our present and our future. Young and old like to wear it again and again. We notice that at every demonstration and show. Noting that there is a law about flying the flag, she believes the government and its agencies must set an example. “We shouldn’t see frayed flags anymore,” she said. I understand that with winter we have a special environment. But knowing that, we could work upstream so the flag is always flawless. »

On Saturday noon, around 200 people, including several celebrities, will unfurl the largest Quebec flag (18 x 24 meters) ever seen on the Esplanade des Place des Arts. In addition, the National Movement of Quebecers will celebrate this anniversary throughout Quebec. A ceremony organized by the National Assembly will take place in Quebec on Saturday. The Minister for the French Language, Jean-François Roberge, will attend. Prime Minister François Legault will publish several messages on social networks on the same day, says his spokesman Ewan Sauves.