US Treasury Secretary Janet Yellen and Chinese Vice Premier Liu He held their first face-to-face meeting in Zurich on January 18, 2023.

BEIJING — Chinese Vice Premier Liu He discussed U.S. economic and technology policies toward China during a meeting with U.S. Treasury Secretary Janet Yellen on Wednesday, according to a Commerce Department advert.

China “hopes that the US side will pay attention to the implications of the policies on both sides,” according to a CNBC translation.

In October, the US Commerce Department’s Bureau of Industry and Security announced sweeping bans on US companies and individuals from collaborating with Chinese partners on high-end semiconductors — a specialized industry that relies on American and foreign development tools. The ban followed the Trump administration’s restrictions on certain Chinese companies, such as SMIC and Huawei.

While Beijing retaliated with its own tariffs, its most substantive response to US tech bans was to file a dispute with the World Trade Organization in December. 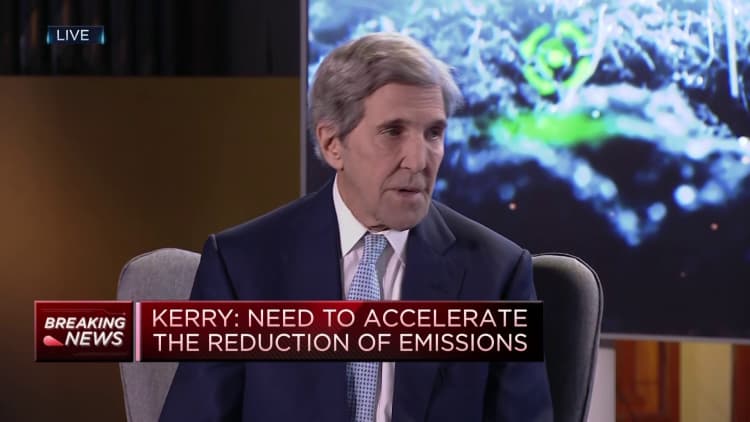 A US Treasury Department ad did not mention technology. “During the frank, factual and constructive conversation, they exchanged views on macroeconomic and financial developments,” the finance ministry said.

The ad said Yellen looks forward to traveling to China in the near future and welcoming her counterparts to the United States.

The Chinese statement said Yellen was welcome to visit China “at a suitable time” this year.

Liu has led China’s trade negotiations with the US. Within China, he is Vice Premier and Head of the Committee on Financial Stability and Development.

“To tame inflation, some countries have chosen policies that are likely to lead to a cycle of recovery, recession and recovery,” Liu said in a speech at the World Economic Forum in Davos, Switzerland this week.

“We call for more attention to the negative spillover effects of interest rate hikes from major countries on emerging and developing countries, so as not to add more debt or financial risk,” he said.

For China, Liu said that “high-quality economic development must always be our goal,” measures to support real estate are having an impact, and the country will focus more on attracting foreign investment.

Foreign direct investment in China rose 8% last year in US dollar terms, China’s Commerce Ministry said. A press release noted a sharp increase in investment from South Korea, Germany, the UK and the EU as a whole, but made no mention of the US

Liu turns 70 this month and is retiring from the Chinese leadership, as announced at the congress of the ruling Chinese Communist Party in October.

Analysts expect He Lifeng, head of the National Development and Reform Commission, to take over Liu’s role in leading finance and economic work.