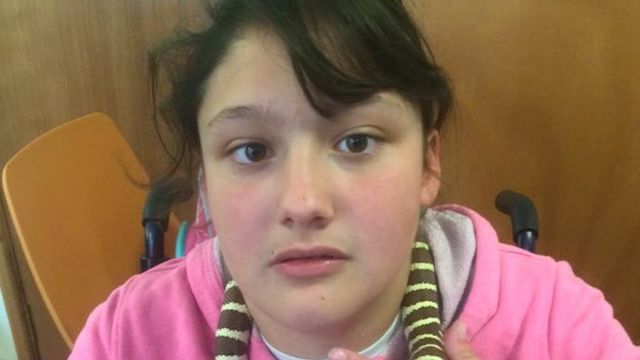 A father is on trial for manslaughter for gross neglect of his disabled 16yearold daughter.

Kaylea Louise Titford was found dead in October 2020 in the town of Newtown, Wales, lying in a bed between dirty sheets and morbidly obese.

The young woman had spina bifida (a congenital malformation of the spine) which left her with reduced sensitivity from the waist down and restricted her mobility.

Prosecution attorney Caroline Rees told the jury that Kaylea used a wheelchair from an early age.

When she was found dead at home, she was morbidly obese and weighed nearly 300 pounds.

Not only was she lying on dirty sheets, but she also had multiple wounds and foci of infection on her body.

Prosecutors said Kaylea died because her parents failed in their duty of care — and that it resulted in an apparent and serious threat of death.

“Its serious shortcomings were hidden from scrutiny by the outside world as of March 2020 due to the national lockdown imposed during the COVID19 pandemic,” Rees said.

“We can further say that the parental negligence was so serious that it was rightly classified as a criminal.”

According to prosecutors, Titford argues that although he lived at the same address, Kaylea’s mother was the primary caregiver — and that he was not aware of her daughter’s living conditions or her deteriorating physical condition.

The process is ongoing.