Fady Dagher was sworn in as Montreal’s 42nd police chief on Thursday and vowed to prioritize recruiting new police officers.

“I will be loyal and will show true loyalty to the constituted authority,” Mr. Dagher promised, announcing his commitment during a formal ceremony with bagpipes, caps and loud proclamations. Acting Director Sophie Roy presented her with the ceremonial flag of the Service de Police de la Ville de Montréal (SPVM) through Mayor Valérie Plante.

Originally from Lebanon and raised in the Ivory Coast, he was the first representative of cultural diversity to take the helm of the police force. 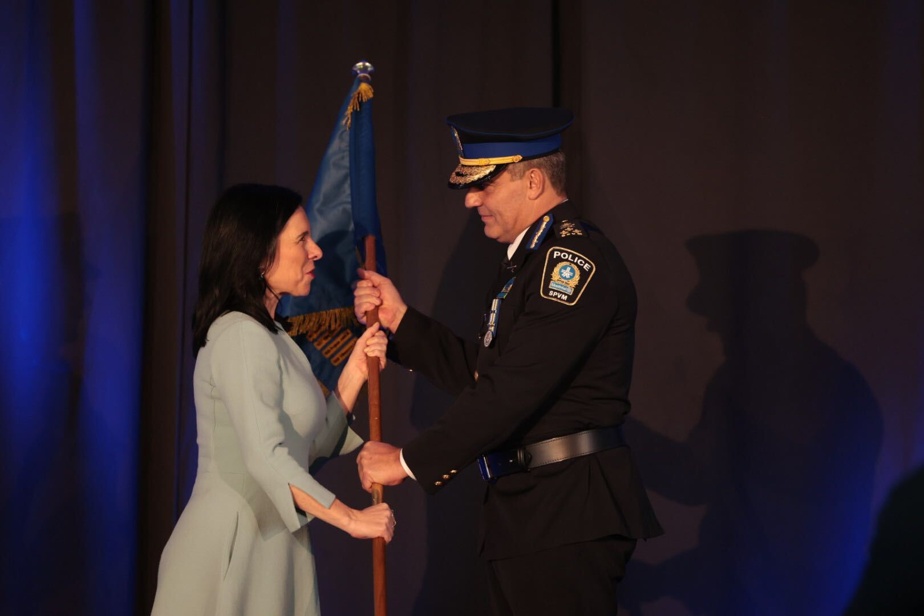 Being a police officer is “the best job in the world,” said the officer in his first speech as chief of police.

“Recruiting and retaining” new officers is “my first priority,” he said, before sending a message to prospective officers. “Yes, life is more expensive in Montreal. Yes, the work is more intense. […] But remember why you enrolled in police technology. Then he said bluntly at a press conference: “There is a lack of police officers in the SPVM”.

Second priority: “It is imperative that the police are brought closer to the population. And it works both ways,” he said. “The police have become a social safety net against their will. […] This is a mission for which we were not initially trained and for which we do not always have the necessary resources. “Third priority: ‘We have far too many weapons circulating illegally on the island,’ said Mr Dagher, who announced that he wanted to bring ‘more robustness’ to the investigation in this area.

“I think it’s a perfect game. Mr. Dagher has a vision of security that combines prevention and repression. It corresponds to what our administration wants,” she explained. at a press conference. “I am confident and excited. This is an important issue for Montreal residents: making sure our neighborhoods are safe. »

Minutes earlier, the mayor of Montreal said in her speech that the new police chief arrived at a critical moment. “Our societies are being shaken and in complete transformation: by COVID-19, by the increase in armed violence, by the precariousness we see on our streets, and by the increase in violence, particularly among young people,” she said. According to the mayor, the Dagher method is the right one to “mobilize” the police to these challenges.

It’s a homecoming for Mr Dagher, who became Longueuil police chief in 2017 after a career with the SPVM.

The 54-year-old was selected by a municipal selection committee before the holidays. His appointment was quickly approved by the Plante administration and then by Quebec.