(Quebec) Minister Christian Dubé pledges to add “the sums needed” to provide the 720 beds planned for the Maisonneuve-Rosemont (HMR) Hospital expansion and modernization project, without specifying when or how many. He now speaks of a “step-by-step” project, while the community demands a firm commitment to the realization of a possible second phase.

La Presse announced on Friday that the CIUSSS de l’Est-de-l’Île-de-Montréal must slim down its expansion and modernization project to meet the 2.5 billion budget provided by Quebec.

A financial analysis by Société Québécoise des Infrastructures recently concluded that the original project of adding 720 new beds in a new pavilion would instead cost 4.2 billion due to overheating in the construction industry.

Reliable sources have confirmed that the facility has received a lead to submit a project in relation to funding provided by the Legault government. Result: The management is currently analyzing a much less ambitious expansion and is now planning to renovate the most dilapidated part of HRM, the main building in a cross shape. A scenario that causes an uproar on the inside. 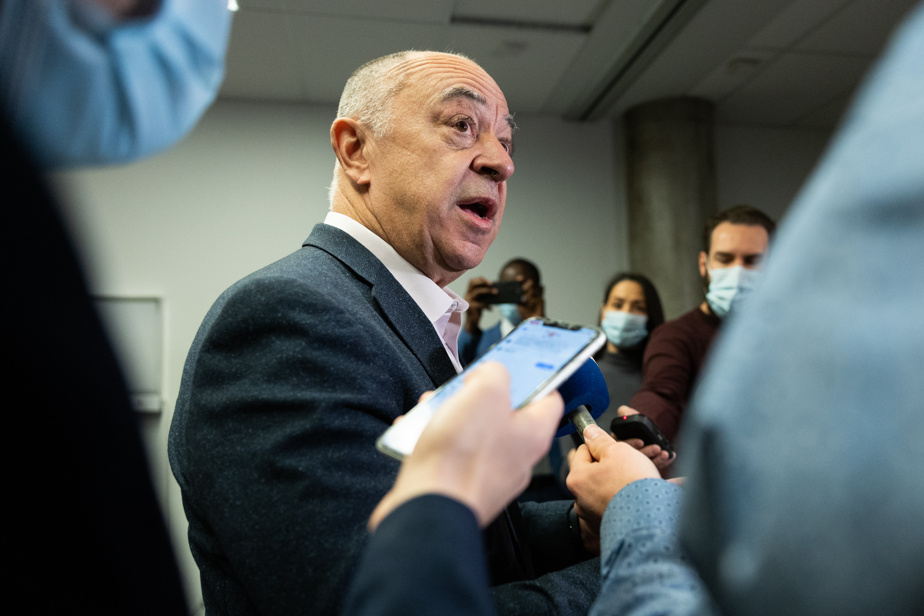 On Friday, in response to La Presse’s revelations, the health minister reiterated that it is “completely wrong to say that HMR’s expansion will be limited”.

“We have already provided 2.5 [milliards] on the table so that work can begin as quickly as possible. We will add the necessary sums to provide 720 beds as planned,” he said without further details on Twitter. At the beginning of the afternoon, he again clarified the social network and now conjured up an expansion and modernization project that would be carried out “in stages”.

“I’ll be very clear… We’re going to do it in stages and we’re going to renovate the hospital and there will be the extra rooms that we’ve committed to [à construire] ‘ the minister tweeted, echoing his remarks from an interview with Radio-Canada on Friday.

Our request for an interview with the minister was turned down on Friday.

In order to meet the amounts allocated by Quebec, the CIUSSS will not be able to add 720 new beds in a brand new pavilion, but at best between 150 and 320. This means that we will have the conversion of more than 400 beds in the main building with currently 455 would endorse. We would then focus on a second phase of work to complete the bed addition if needed and complete the modernization.

The project is still in the planning phase.

worries for the future

The scenario in two or more phases worries internally, while East Montreal has been waiting for its expansion project for ages.

The head of HMR’s intensive care unit and defender of the expansion project, Dr. François Marquis, believes that “to put everyone’s mind at ease, we should stick to phase two now rather than postpone it in the future. uncertain”. He said he recognized in the La Presse report the scenario that management presented to doctors last fall.

Although he advocates a speedy start to the plan, even if it is “imperfect,” Dr. Marquis concerned about the refurbishment of the Cross and finds it difficult to understand why we favor its refurbishment if it is long-term ., postponing it during a possible second phase. It is worth remembering that the original project envisaged converting all the rooms into a new pavilion.

“Personally, I think it’s a bad use of budgets,” he said. ” We know it [depuis la pandémie] that we cannot control an infection in the sacrum. We can’t change the ceilings, the walls. How will they be able to bring this up to post-pandemic standards? “, he adds.

You can’t stick your head in the sand. That means we will renovate 400 rooms, knowing that they will never fulfill the function of a modern hospital room. This, this is worrying!

dr François Marquis, Head of the Intensive Care Unit at the HMR

“There are limits to making something new out of something old,” lamented Vincent Marissal, MP for Quebec Solidarity. He accuses the Legault government of wanting to “save money” with a major infrastructure project.

” [Le ministre Dubé dit] 720 beds. If ? In what period? And at which point, because in terms of health in the East we are doing what we did with the blue line in public transport in the East. That’s called forward shoveling,” says the Rosemont MP.

“We have reached a point where we will stop launching tweets and press lines with the Minister. We’re fed up with the press lines in the East, we want a plan. A plan means schedules, it also means an architect’s plan on architect’s paper,” added Mr. Marissal.

The liberal member of parliament and health critic André Fortin also regretted that the project would not be carried out in one phase.

“The staff at Hôpital Maisonneuve-Rosemont are rightly concerned about Minister Dubé’s idea of ​​proceeding in two phases. There is no evidence that costs would decrease as a result. On the contrary, the longer the government waits, the higher the bill is likely to be and the greater the chances that the project will not go through. This project was prioritized and budgeted prior to the arrival of the CAQ in 2018. They were the ones who decided to postpone and delay the project,” he denounced.

The PQ MP for the Îles-de-la-Madeleine, Joël Arseneault. believes Minister Dubé is “playing with words” on the project. “Let us not be fooled, as the minister does not now increase the budget for the extension of the Maisonneuve-Rosemont hospital, the minister brings this important project back to the Greek bays. With no budget, no schedule, and no plan, it’s the CAQ’s initial commitment that creates the benefit,” he said.