Europe must do more to support Ukraine, according to the Dutch PM.

Dutch Prime Minister Mark Rutte on Thursday said it was imperative that Europe continue to stand up to Russia’s aggression, saying the region must “do everything we can to help Ukrainians”.

“If an aggressor is not challenged and goes about his business, it will not end with Ukraine. The whole West is under threat,” Rutte told CNBC while speaking about Europe’s response to the war in Ukraine at the World Economic Forum in Davos.

Rutte, in his discussion with CNBC’s Steve Sedgwick, referred to the 1938 Munich Agreement, in which the Allies agreed that Czechoslovakia would cede its border regions and defenses to Nazi Germany.

“People feel that this is about values, that we cannot accept one country invading another country… It’s also about our collective security,” he added.

Rutte also said Europe must do more to help Ukraine but the issue of sending tanks is “a delicate decision”. 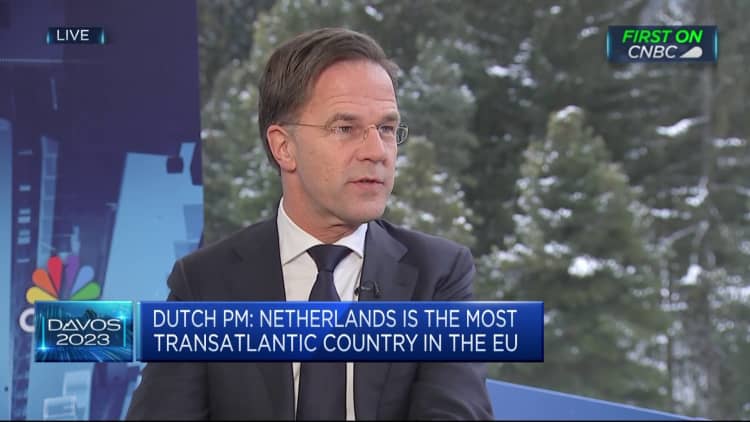 “I agree that there is an argument to send [tanks] to Ukraine. There’s also an argument for making the decision with others, including our friends in the US,” he said, adding that he was “quite optimistic” that the situation “could lead to a landing pad.”

“We must do everything to help the Ukrainians,” said Rutte.

Ukraine has repeatedly asked its Western allies to provide tanks to help them fight Russia, which has fueled tensions between European countries, with some fearing the arms supply could further provoke Moscow.

But the region could be close to an agreement.

“To my knowledge, an essentially agreement has been reached,” John E. Herbst, senior director of the Atlantic Council’s Eurasia Center and former US ambassador to Ukraine, told CNBC on Monday.

“We know that Germany was the laggard here and it seems that the Germans are now convinced that they will let other countries that have Leopard tanks send them to Ukraine – I am convinced of that – and I think so too very likely, but I’m not so confident that Germany will also send some Leopards,” he said.

When asked about Germany’s contributions, Rutte said the country had always “done whatever needed to be done” to help Ukraine.