Unable to make ends meet, workers at a Videotron subcontractor in Egypt went on strike to demand better pay. It was a dead end for organizers, who fear for their safety in a country with a poor human rights record. The Quebec company says it will “monitor” the situation.

“In the end we understood that our lives were really in danger from the threats,” Abdoul Kassim and Hervé Léonce told La Presse. When the police take you away in Egypt, they don’t even know where they sent you. »

These two men agreed to speak openly in hopes of encouraging Quebecor’s subsidiary to question their subcontractor. Videotron has been working with Xceed since 2007, which operates a call center in Cairo. It is its agents who sometimes answer customer service and technical support questions from the company’s Quebec customers. The maximum limit for temporary workers is 40%. In 16 years, Videotron claims to have “never had a problem” with their subcontractor on this job.


The model is widely used in the telecommunications industry. Videotron isn’t the only company using it. However, what happened at Xceed provides insight into the treatment of workers, where grievances are suppressed.

It was the Egyptian pound’s plunge that set things on fire. Since last March, the currency has depreciated 50 percent on loans offered by the International Monetary Fund. This autumn hits hard in this country, which imports the most goods. Inflation is around 22%. Xceed employee salaries, previously around $500 a month, have halved due to the collapse in the Egyptian pound. Since the beginning of the year, three letters – seen by La Presse – have been sent to the company asking for a raise.

“I went to my manager to say that we don’t understand our salary,” says Mr. Kassim. We are told, “Here, what we give you, you must take. “There were no explanations. In the past, you could live comfortably in Egypt with 500 US dollars. It’s really different today. » 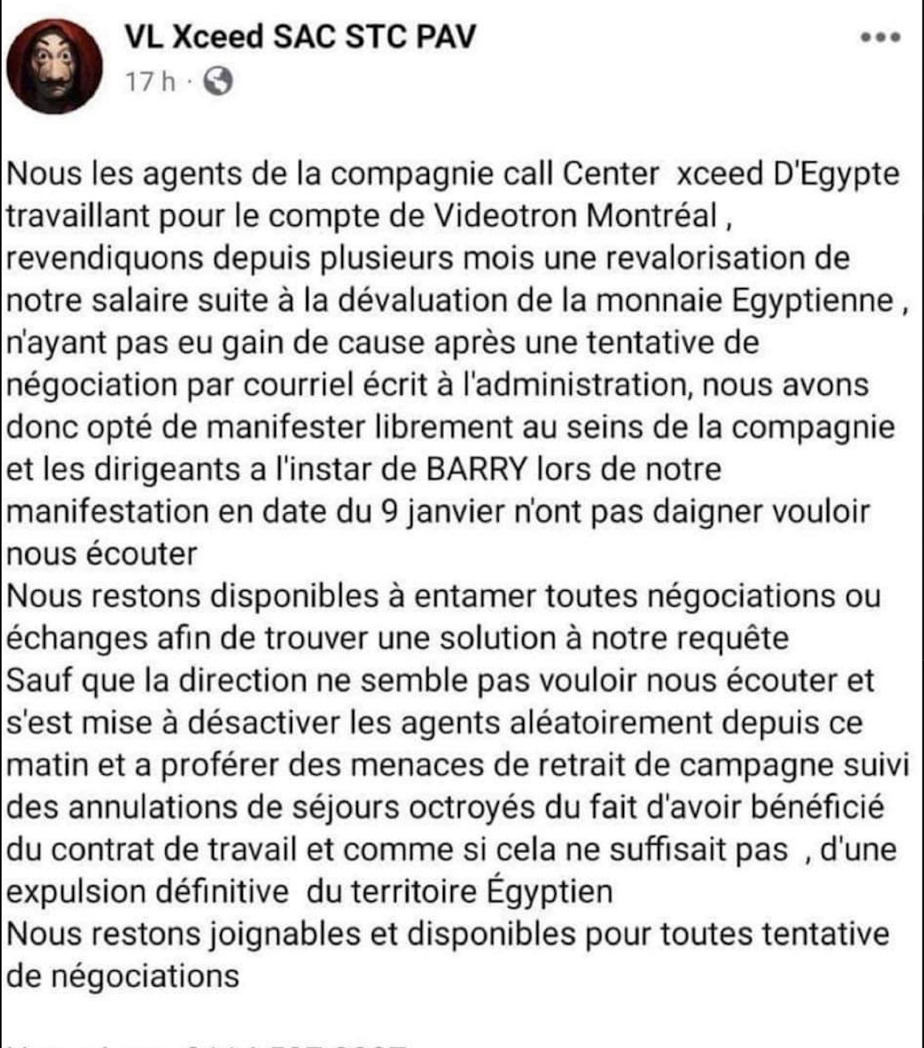 Xceed employees in Egypt have voiced their grievances on social media.

Most of the approximately 700 Xceed employees in Egypt are foreign workers. They come from all over Africa. Kassim is originally from Mali, his colleague from the Ivory Coast.

Dissatisfaction grew during the week of January 8th. According to the movement’s two leaders, “no one” was at work on January 10 and 11. The return came in droplets and droplets. In a sign of disruption at Xceed, the Videotron Employees Union (SEVL-2815), affiliated with the Canadian Union of Public Employees (CUPE) and the FTQ, found that Videotron was offering its members overtime more frequently than usual. The union found out about the events via social media.

“What I’m going to ask Videotron is that as a client and customer of Xceed, there is a power to intervene,” says SEVL-SCFP 2815 President Nick Mingione. We can’t, because it’s not happening in our backyard, turn our heads and think it doesn’t exist. »

Also when it comes to subcontracting, which was criticized by the unions, Mr Mingione decided to speak out on the subject because it is a matter of “human rights”.

If subcontractor employees have agreed to a phased return, it’s because of a one-time bonus of around $100 offered by the company, according to MM. Kassim and Leonce. There would also have been a commitment from the employer to check salary claims. Employees whose jobs were threatened were able to secure their livelihoods. 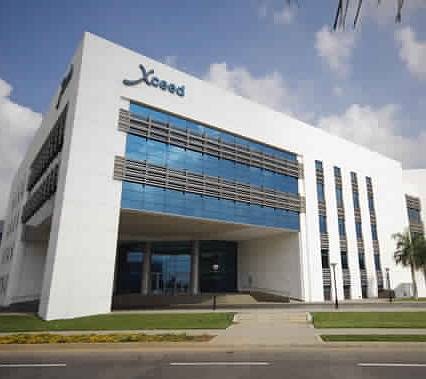 Offices in Egypt operated by Xceed

The picture is different for the two employee representatives. They have been unwelcome and fear for their safety since January 11 following a phone conversation with a senior official, Riham Fadel. La Presse received a copy of the recording.

“What you did is not a claim,” she said. The terrorism you do to employees […] we have taken note and we have what we need to prove that you are committing terrorism not only against your colleagues but against the country. You will bear the consequences. »

Ms. Fadel, who reveals herself at the beginning of the conversation, claims that what happened at Xceed endangers the security of the company and “the country”. In response to a telephone inquiry from La Presse on Wednesday, Ms Fadel said the information disseminated on social media was “incorrect”. Responding to the call, the manager said, “Neither recording is true,” before adding that she “is not authorized to speak on behalf of the company at this time.” At the end of the day, Wednesday, she claimed that Xceed supported its employees with salary increases that were not quantified. However, Ms. Fadel did not return to her switchboard with MM. Kassim and Leonce claim it is “confidential information.”

For its part, Videotron claims to select its subcontractors through a “rigorous process” and ensure “that they respect the applicable laws” in the countries where they are located.

“Xceed has informed us that there have been acts of intimidation and threats which management says violated Egyptian law and led to layoffs, the company said in a statement. Of course, we condemn any form of intimidation. Although the situation on Xceed appears to have recovered, we will continue to monitor it. »

According to Human Rights Watch, the Egyptian authorities are not afraid to use “terrorism abuse laws” — which define terrorism very broadly as “any act that violently disrupts public order” — as punitive measures against companies and workers.

The international organization cites as an example the arrest of three workers at an electrical equipment factory in western Cairo in September 2021 for their involvement in a sit-in.

According to SEVL-SCFP 2815, what happened should prompt companies to consider subcontracting. It is the latter who “choose their subcontractors”. There is an “ethical and moral responsibility that goes with it,” said Mingione.