Disturbing footage posted online documents the moment an Ohio police officer punches a woman multiple times in the face while in detention.

Hancock was reportedly taken to hospital as a result, where she was diagnosed with a head injury.

The incident apparently came after Hancock got into a heated argument with McDonald’s employees because she ordered a Big Mac with extra cheese but got a regular Big Mac.

The department will now continue to investigate the actions of the police officer, who is now on administrative leave as their lawyers call for his release.

A minute-long video of the altercation shows police officers grabbing Hancock’s arms as she tries to free herself.

She then appears to get into an argument with the officers at the scene, waving her hand around while talking to them.

At that point, the officer on the left could be seen apparently aiming a stun gun at them as he and his partner closed in to surround Hancock.

The officer on the right appears to be trying to keep her arm and shoulder down before beginning to brutally punch Hancock in the face at least four times until she falls forward onto the hood of a police patrol.

The Butler Township Police Department said Tuesday night it was investigating the incident.

“We are aware of video taken by a bystander circulating on Facebook relating to an incident that occurred on January 16, 2023 and involving two of our officers,” it said.

“This incident is currently being investigated in accordance with department policies and procedures, as is any use of force in an arrest,” she continued.

They said she initially cooperated with law enforcement, WDTN reports, but then refused to give her name and was arrested for resisting arrest.

The sergeant concerned has since been placed on paid administrative leave. 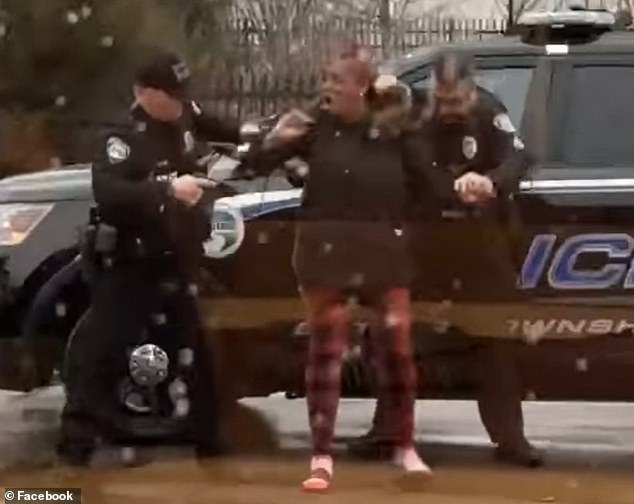 The video begins with officers apparently towing Latinka Hancock to her police cruiser on Jan. 16 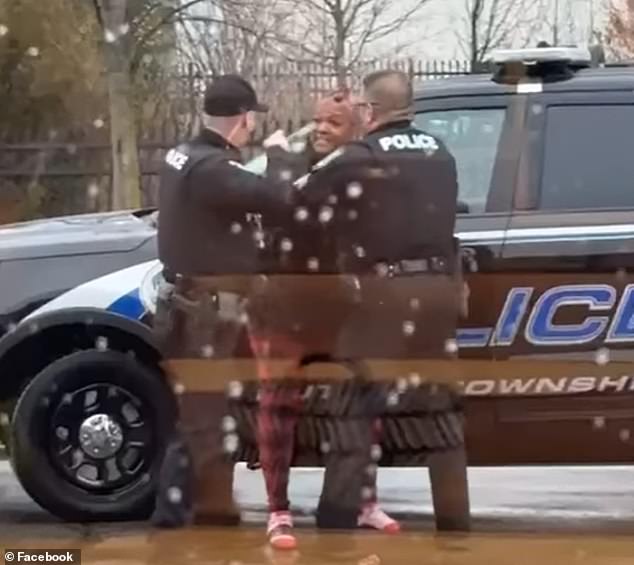 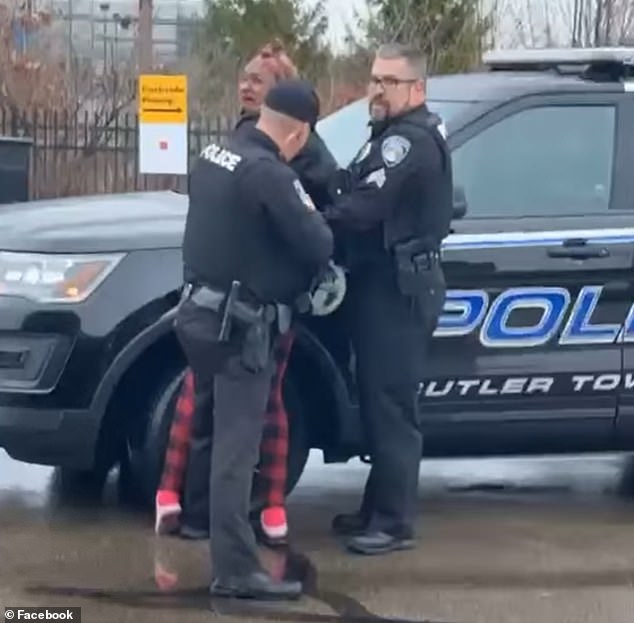 In an emotional press conference Wednesday night, Latinka shared her story publicly for the first time as she burst into tears.

She said she ordered the Big Mac with extra cheese at the drive-thru on Martin Luther King Junior Day when she realized there was no extra cheese on it, even though she paid the extra 30 cents.

Hancock then went to the store to have it corrected and the manager agreed, she said. But when the manager asked the line cook to add cheese to the burger, Hancock said she was told she had to pay another 30 cents.

She said she then argued and showed the receipt to the line cook showing how she had already paid for the extra cheese when the line cook got angry and asked her to leave.

Hancock then said she decided to wait for her burger in the parking lot, where police confronted her.

“I just wanted this woman to follow the instructions that I didn’t give her, that her manager gave,” Hancock said Wednesday night, explaining, “I either want the sandwich or my money.”

“Did I know I was going to be attacked? No,” she said, explaining that she only stayed to allow the cops to “help us figure it out.

“I almost lost my life doing it,” she claimed as she began to cry. 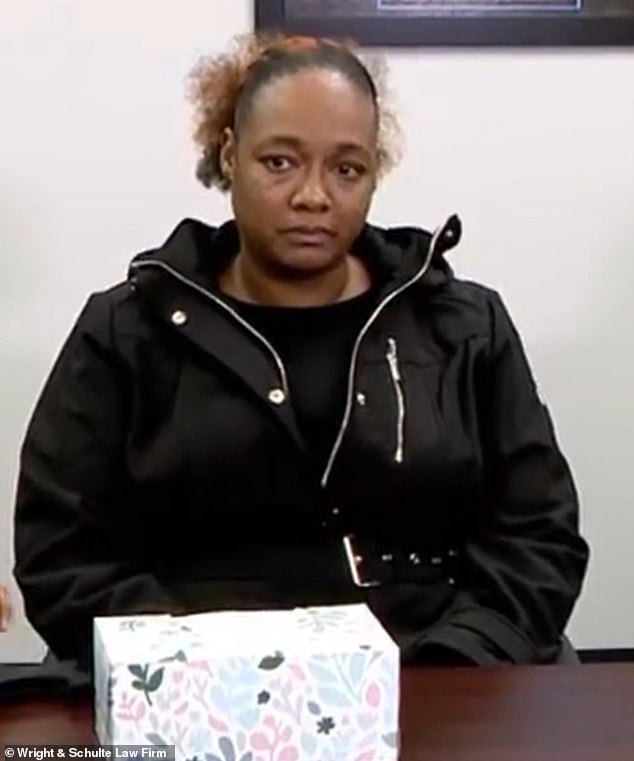 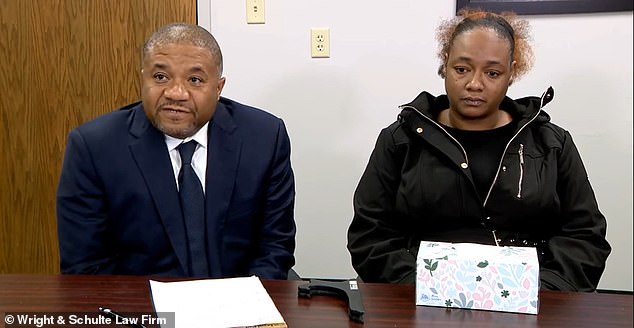 Her attorney, Michael Wright, is asking police to fire the officer involved

Their attorneys at Wright and Schulte say they will now conduct their own investigations as they called for the officers to be fired.

Attorney Michael Wright noted that police “did nothing or addressed any of this until the video went viral.”

He said he is requesting more videos detailing the incident, including those from inside the McDonald’s, as well as the shipping information.

“There was nothing sensible about it,” he said. ‘That was inappropriate.’