In the forum of davos Dedicated this year to the theme of ‘Collaborating in a Fragmented World’, fragmentation will be staged in the same panels between academics, activists, businessmen and politicians debating climate change, inflation and economic slowdown. On the one hand there are the challenges of young environmental activists and the j’accuse of the UN Secretary General Antonio Guterrezwhat i questioned global oil companies aware since the 70’s that they are “cooking the world”. On the other hand a group of 200 millionaires from 13 countries warns that in the “age of extremes’, from extreme weather to extreme wealth that comes with increasing poverty, but the extremes are’not sustainable, often dangerous”. And he makes a new appeal to world leaders: “Tax us ultra rich“. 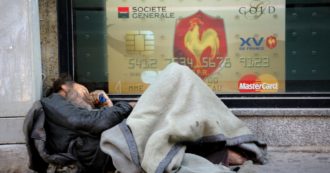 Inflation and Inequality, Oxfam: ‘How Extra Profits from Energy and Food Companies Helped Drive Up Prices’

The campaign was launched by the associations Patriotic MillionairesPatriotic Millionaires UK, Millionaires for Humanity and tax money. members – incl Marlene Engelhorn, heir to the basf founders who chose to give up 90% of his fortune – they recall that “the story of the last fifty years” is “a story of fortune that only flows upwards. This trend has accelerated significantly in recent years. In the first two years of the pandemic, i The 10 richest men in the world have doubled their fortunes while 99 percent of people experienced a drop in income. Billionaires and millionaires have seen their wealth grow by trillions of dollarsduring cost of living now it’s crippling ordinary families around the world.” How do you get out? Simply: “You, our global agents, must tax us, the ultra-rich, and you must start now.”

“A meeting of the ‘global elite’ in Davos to discuss ‘cooperation in a fragmented world’ is useless if the roots of the division are not questioned,” urges the open letter. “Defend democracy and build it cooperation calls for action to build fairer economies this moment – It is not a problem that can be left to our children to solve. Now is the time to confront extreme wealth; Now is the time to tax the ultra-rich. (…) Tax the ultra-rich and do it now. It’s simple common sense economics. It’s an investment in our common good and a better future that we all deserve, and as millionaires, we want to make that investment.”

Meanwhile, Guterrez nailed the energy multinationals from the Davos stage: “Just like the tobacco industry, they trampled on their own scientific research and spread the enormous lie. Just like with Big Tobacco, according to those responsible You have to pay for your responsibility“. Much more careful john kerry, the US special envoy on climate trying to keep the lively protest together Greta Thunbergin the forum after being stopped by the police in Germany for protests against coal, and the initiatives of the financial world, which is committed to climate goals out of interest. 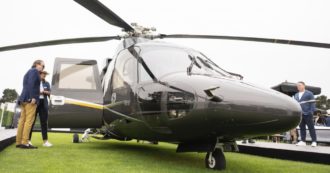 “We need money, money, money,” said Kerry, who wants to face change “from within” and invests in ecological change. “We’ve turned the corner, we’re going in the right direction, we have to Capturing emissions and building new infrastructure“. Helena Gualinga, climate activist from Greta’s group, co-founder of the Amazon River Indigenous Collective, froze it. “We’re going in the wrong direction. My community has been swept away by the floods’, the indigenous people are ‘on the front lines finding oil in the water’. Emissions “will not be reduced until we halt new fossil fuel extraction projects” and, according to Kerry, “the climate crisis has only gotten worse in recent years.”

It’s just a glimpse of Thunberg’s intervention that you’ll see Fatih Birol, the Executive Director of the International Energy Agency (IEA), who calls for a turnaround in renewables not only for the climate, but also for energy security threatened by the geopolitical crisis. Greta’s presence in Davos, which will also be accompanied by Vanessa Nakate and Luisa Neubauer, will depend on the cease and desist protest calling on the managers of the big energy companies to do so “Stop opening new oil, gas and coal wells immediatelyand stop blocking the much-needed clean energy transition.”