American rocker David Crosby, co-founder of the Byrds before joining the supergroup Crosby, Stills, Nash & Young, has died at the age of 81, American specialist media said on Thursday.

The newspaper Variety was the first to report the death of the musician who was so influential for rock and folk in the 1960s and 1970s, citing a press release by his wife Jan Dance, who spoke of a “long illness”. Rolling Stone magazine confirmed the news based on a source close to the artist.

With five albums since 2014, the long white-haired Californian had embarked on a critically acclaimed renaissance, who hailed his tobacco-preserved clear voice, he who nevertheless did so many drugs, a rare survivor of a generation that vanished long before him.

The singer is very proud of this back and forth between several groups, peppered with arguments and cocaine.

“The important things in my life aren’t the problems I had, it was this magic that happened to me that made it possible for me to make all this music,” he told the Guardian in 2021 from his home in California off.

In this state he was born on August 14, 1941 to extended New York families, with a housewife and a father in the cinema, crowned with an Oscar for best photography. 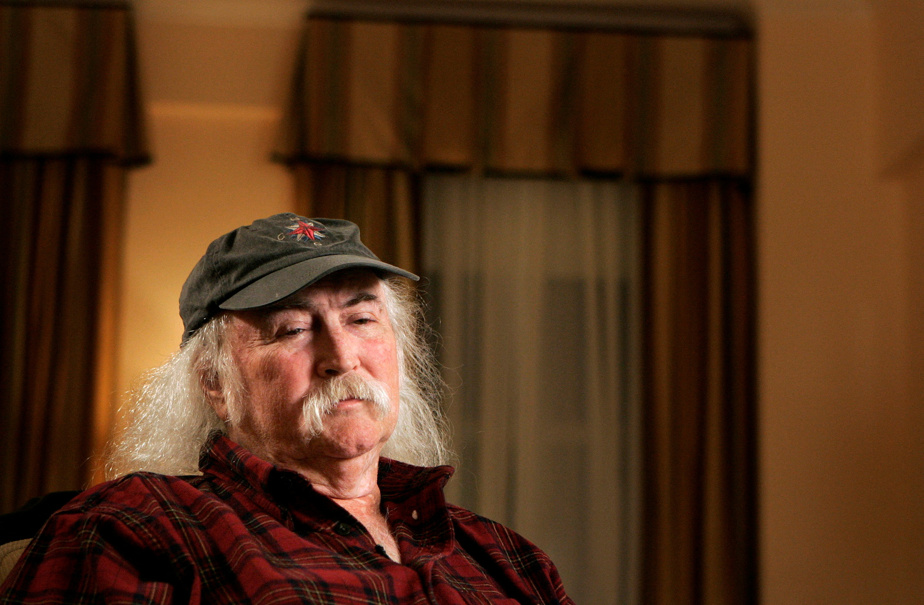 Before his 25th birthday, he was one of the founders of The Byrds, a group that mixes English rock with traditional American folk. It is David Crosby in particular who brings this last component full of melodies with his guitar and his voice.

The Byrds’ lasting influence was particularly felt on other bands such as the Eagles and later R.EM

To them, in particular, we owe the success of Eight Miles High, a groundbreaking piece of psychedelic rock whose references to illegal substances will keep it aloof from puritanical American radio stations for a while.

These substances, David Crosby knew them all too well. “At the end of a concert you are at the top, I took a lot with me. It allowed me to persevere after the show,” he recalled to Rolling Stone.

In 1969 his partner died in a car accident. He produced his first solo album, If I Could Only Remember My Name.

There he saves himself in distress and heroin singing. “The only place I got by was in the studio,” Croz told the Los Angeles Times in 2021.

Since then, the singer, a great lover of sailing, has never ceased to be surprised at how he survived his roller coaster.

In 1986, he spent five months in prison in Texas after being arrested several years earlier in possession of cocaine and a loaded automatic pistol at a Dallas nightclub.

Since then, his body has reminded him of his excesses: diabetes, heart attack, liver transplant in 1994.

He had probably experienced his zenith a few years earlier.

On August 17, 1969, at the mythical Woodstock Festival, at the second Crosby, Stills, Nash and Young concert, he had his mustache and long hair pinned back like a Buffalo Bill on stage.

When he was released from the Byrds in 1968, he had found Stephen Stills of the Buffalo Spingfields and Graham Nash of the Hollies at the chalet of Joni Mitchell, the folk legend and former girlfriend of David Crosby. Neil Young will join them from time to time.

With Our House or Ohio they invade the American FM band with this light hippie folk, according to their albums, breakups and successive meetings of this concentrate of talents and egos. “I think when the Beatles disbanded (1970) we were the best band in the world,” said David Crosby.

He, this “Gandalf from Woodstock” (Variety), was with this trio at the concert against nuclear power in 1979, but also in the Occupy Wall Street movement in 2011. A few years later, however, he also defended the young environmental activist from carrying firearms Greta Thunberg.

His prison term in 1986 served as forced treatment. He says he hasn’t touched a single hard drug since then. “Actually, I feel damn good,” he told the Guardian in his forever flannel shirt with suspenders.

“What I do isn’t just playing guitar and singing. I’m not the best either,” the old bard told AFP in January 2021.

“What I’m really good at is breaking that fourth wall and taking you on a little journey,” he continued.