This is the horrific moment two women screamed “Oh my God” and fled at the sound of dozens of shots that cops say were fired by an Alabama basketball star now charged with the murder of a woman .

Darius Miles, a 21-year-old Crimson Tide player, and Michael Lynn Davis, 20, were charged with capital murder on Sunday after Jamea Harris, 23, was shot dead in a car in the early hours.

Shocking footage has now been posted on social media of the moment the gun was reportedly fired, with 11 shots loudly heard on a Ring doorbell camera.

At the moment the shots are fired, two women can be seen outside the house fleeing for their lives shouting “Oh my God” as the shots ring out. 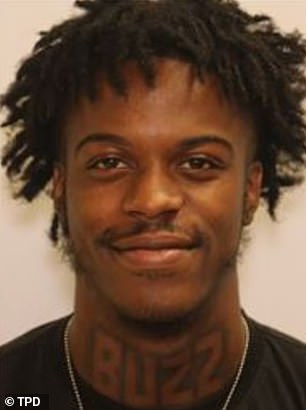 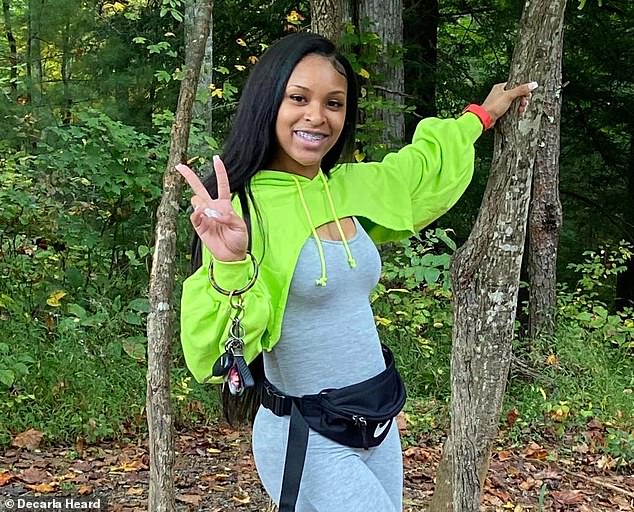 Jamea Harris, 23, of the Birmingham area, was shot dead, police have confirmed 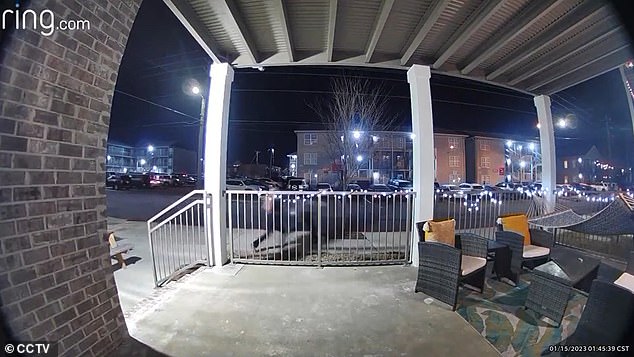 As 11 shots ring out in the background, two women can be seen fleeing the scene

The shots come in two, and it was later confirmed by Tuscaloosa Police Capt. Jack Kennedy that a gun was fired into the car containing the victim before the driver of that car fired back.

It is unclear which shots were fired in the video by each party involved and how many each gunman fired.

On Sunday, Miles was filmed in tears being led out of the Tuscaloosa County jail in handcuffs, shouting “I swear I love you more than you can imagine” as he was loaded into a waiting police car. 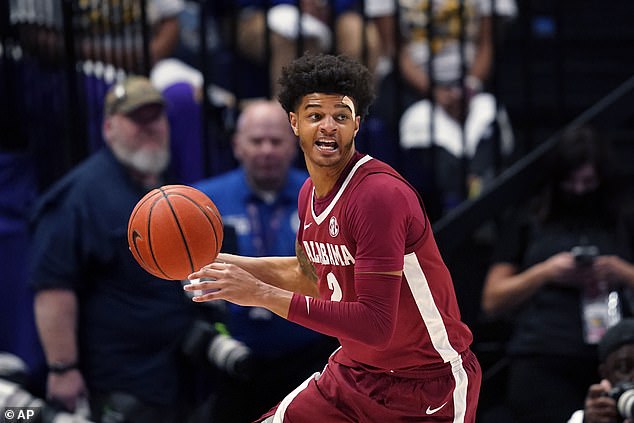 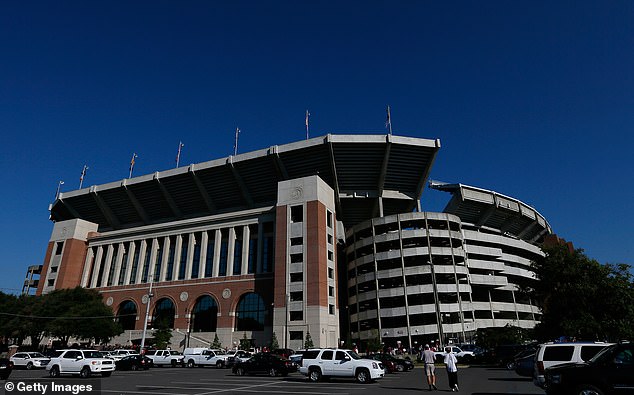 Video of Darius Miles exiting the Tuscaloosa County Jail after being charged with capital murder following a fatal early morning shooting on the Strip in Tuscaloosa pic.twitter.com/zbBdQ0VKhb

“At this point, the only motive appears to be a minor altercation that these individuals had with the victim while they were out on the Strip,” Kennedy said in a news conference Sunday night. They had no previous relationship, he said.

He said the driver of another vehicle in which Harris was a passenger approached campus police near Bryant Denny Stadium at around 1:45 a.m. and said someone fired into the vehicle and he fired back.

The driver said his return fire was self-defense and that he may have hit a suspect, who was then treated at a local hospital for non-life-threatening injuries.

According to AL.com, the shooting happened at the 400 block of Grace Street on University Boulevard, near Bryant Denny Stadium, where the Crimson Tide football team plays in front of 100,000 fans. 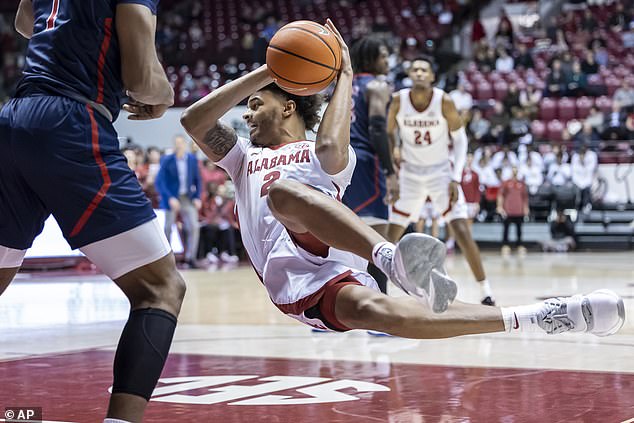 Police Chief Kennedy told reporters that after speaking to several witnesses and looking at CCTV, they identified two suspects who were then located and questioned before being charged.

Miles was a reserve on the fourth-place Crimson Tide team. Alabama announced before Saturday’s game against LSU that he was out for the season with an ankle injury.

He had previously been away from the team over a “personal matter” and coach Nate Oats said on December 28 he was “not sure how long he’ll be out”.

He added: “We’re supporting him in that and we’re trying to help him through that. That’s why he didn’t sit on the bench tonight. It’s a personal matter, it’s not an injury and we’re not entirely sure how long he will be out.’

He was back on the bench on Sunday watching the game along with the other players on the team.

His bio has since been removed from the athletic department’s website and the university said he was “removed from campus” and is no longer on the team.

“The University of Alabama’s top priority is the safety and well-being of the campus community,” the university said in a statement. “We are saddened by the incident that occurred near campus last night and offer our deepest condolences to the family and friends of the victim.”

Neither the driver of the other vehicle, nor Harris or Davis, appeared connected to the university, Kennedy said.