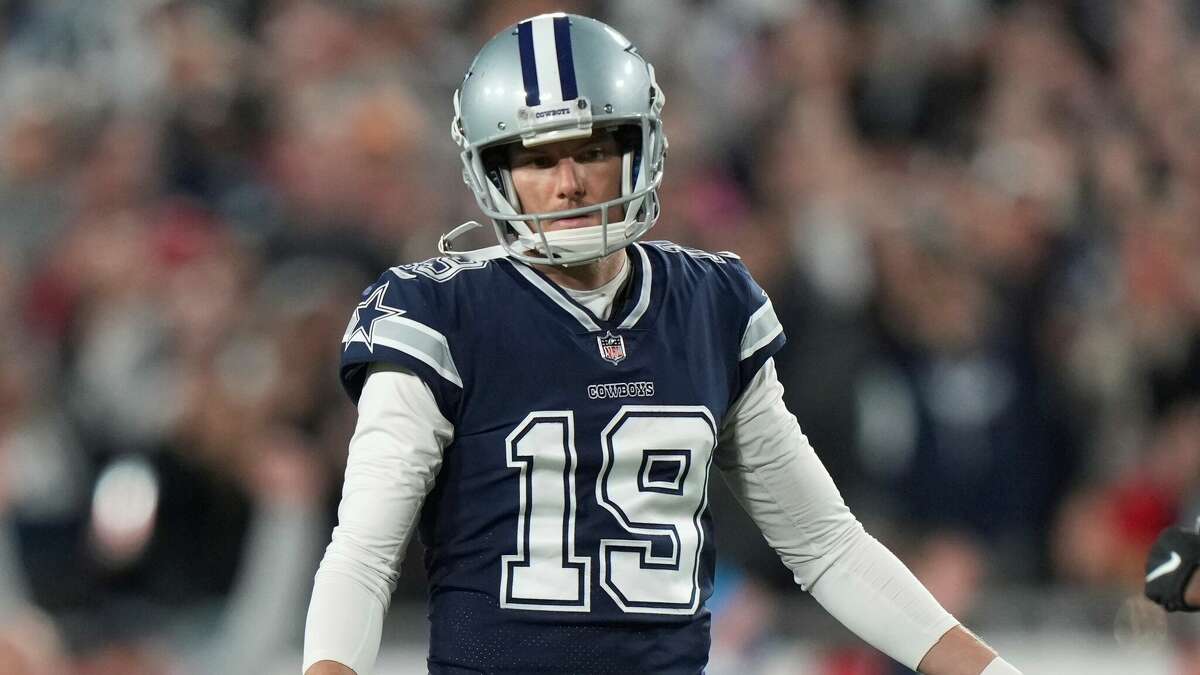 Sometime Sunday afternoon, Brett Maher will trot onto the lawn of Levi’s Stadium. Fox’s Kevin Burkhardt will ominously narrate as if it were a live recording of a hostage trial; Crazed 49ers fans will hoot and roar; Pretty much everyone else watching the game will be very uncomfortable.

The Dallas Cowboys kicker missed four extra points Monday night, a bizarre subplot in an otherwise thorough stripping of Tom Brady’s bucs. No kicker in nearly a century of NFL records had done that before. In a matchup that repeats last season’s wildest playoff game and one of the league’s greatest rivalries, all eyes will be on a journeyman kicker.

According to Jerry Jones, the owner and de facto general manager, the Cowboys appear to be sticking with Maher. “No, we won’t,” Jones said when asked if the Cowboys would be bringing in kickers for test games ahead of Sunday’s divisional round game. “He’s done enough good.” Maher has indeed been decent this year, going 29-to-32 in field goals and missing as many extra points (three) in 17 games as Monday night.

Maher nailed two kicks to the right, hooked a third to the left, and then did a fourth doink off the right post. He admitted after the game his catch was because he was afraid of missing the right.

He made a fifth try with the game in hand in the fourth quarter. But even with a blowout, his misadventures made the Cowboys nervous. After the third miss, Cowboys QB Dak Prescott slammed his helmet shut and appeared to yell, “Go for f—king two!”

The Cowboys, who are four-point underdogs in the Divisional round, are unlikely to afford such a margin of error against the 49ers. If last year’s playoff game between the 49ers and the Cowboys had the funniest ending in NFL history, then Sunday’s game, which comes down to Maher, might be the hardest to watch.

Dennis Young is SFGATE Sports Editor. He can be reached at [email protected]