Economists said China’s shrinking population poses a major future challenge for the world’s second-largest economy, while President Xi Jinping’s top economic advisor on Tuesday sought to restore investor confidence after one of the most disappointing growth rates in decades.

China has already reversed the zero-Covid policy that slowed growth for much of 2022, setting the stage for a recovery this year. The reversal after public protests was part of a broader policy realignment aimed at stimulating the economy, including easing regulations for the property sector and signals that the crackdown on the tech sector is over.

Beijing is now banking on a robust recovery in economic activity as officials increasingly signal the latest wave of infections is peaking. Some government advisers say the central leadership is likely to announce a growth target of between 5% and 5.5% for 2023 in the upcoming March legislatures. China on Tuesday posted 3% growth for 2022, the second-worst growth rate since 1976.

Speaking at the World Economic Forum in Davos, Xi’s top economic adviser, Vice Premier Liu He, tried to send a message to investors and leaders that China’s growth will return to pre-pandemic levels this year as the country reopens.

At a Davos panel entitled “China’s Next Chapter,” speakers also projected optimism. China’s reopening and exit from its zero-Covid policy is the “most positive catalyst” for global markets this year, said Nicolas Aguzin, chief executive of Hong Kong Exchanges and Clearing Ltd. 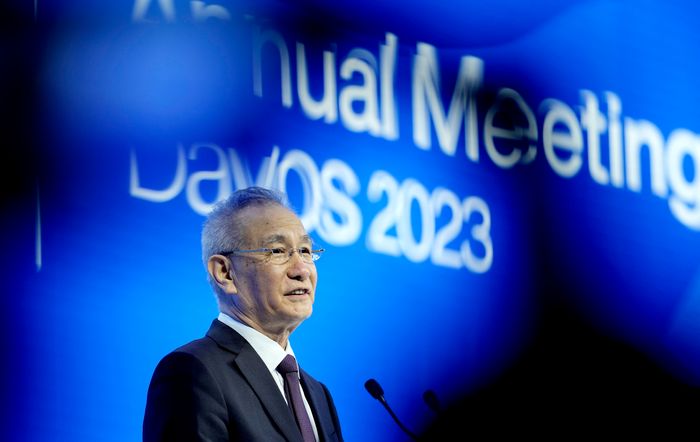 Vice Premier Liu He wanted to restore investor confidence in China at the World Economic Forum in Davos, Switzerland.

“If China can show a solid growth figure of 5% or more than 5% for 2023, that will indeed underpin a lot of global growth for the coming year,” said Kevin Rudd, President and CEO of the Asia Society.

However, China’s latest measures will fail to address a variety of challenges, some of which have been exacerbated by the pandemic. A rapidly aging population, slowing productivity growth, high levels of debt and rising social inequality will weigh on the country’s economic rise in the coming decades, economists say.

On Tuesday, the same day that China posted 3% growth, the second-worst growth rate since 1976, it also said its population had shrunk for the first time since 1961.

China’s population fell by 850,000 to 1.412 billion. The transition to a shrinking population, faster than Beijing predicted, marks a turning point in China’s history with profound implications for its economy and status as the world’s factory.

The demographic milestone comes when China’s economy, despite its enormous size, is still that of a middle-income developing country in terms of average working-class earnings compared to the US and other wealthy countries. China’s leaders have long held ambitions to leapfrog the US to become the world’s largest economy, a task made more difficult by these mounting demographic headwinds, economists say. 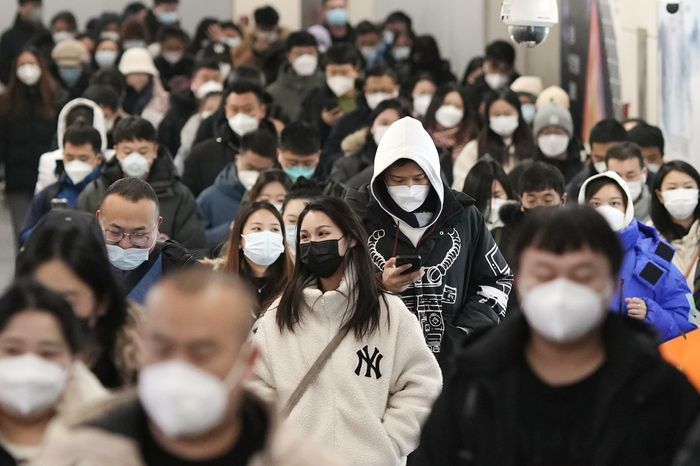 The world economy has grown to rely on China’s vast labor pool for manufactured goods.

“The likelihood that China will one day overtake the US as the No. 1 economy has just gone down a notch,” said Roland Rajah, senior economist at the Lowy Institute, a Sydney think tank.

The global economy has grown to rely on China’s vast pool of manufactured goods factory workers, and its consumers represent a growing market for Western-made cars and luxury goods. A shrinking population means fewer consumers as China struggles to slow down growth through more consumption instead of investments and exports.

A recovery in consumption is also likely to be hampered by a weak labor market and a housing recession, which has eroded the wealth of Chinese families. The unemployment rate among 16-24 year olds remained high at 16.7% in December, down from a peak of almost 20% last summer. Per capita disposable income growth could slow to about 4% a year over the next five years, down from about 8% before the pandemic, according to David Wang, chief China economist at Credit Suisse.

A smaller workforce is likely to stunt economic growth. An economy can only grow by adding workers or producing more with the workers it has. According to S&P Global Ratings, China’s working-age population, which peaked around 2014, is projected to decline by 0.2% per year through 2030.

Productivity growth has slowed. The Conference Board, a nonprofit research organization, estimates that it fell to an average of 1.3% in the 10 years to 2019, from 2.7% in the previous decade.

“It seems like it’s going to get old before it gets rich,” said Andrew Harris, deputy chief economist at Fathom Consulting in London.

Countries around the world are once again welcoming Chinese tourists, who were once the world’s largest source of tourism revenue. But even if China reopens its borders, the travel industry doesn’t expect things to go back to the way they were. Here’s why. Photo illustration: Adam Adada

There are some reasons for optimism, economists say. China could make better and more productive use of underemployed urban workers in state-owned companies, as well as those still working in the countryside.

It is also rapidly adding automation and related technologies to its factories, replacing or expanding its dwindling workforce. Advances in robotics, artificial intelligence and other high-tech sectors that could boost workers’ productivity “are the potential for China,” Mr Harris said, although whether or not this will succeed is unclear, he added.

Meanwhile, China remains locked into its old pattern of boosting growth, encouraging governments and companies to borrow more to fund investment, a model economists warn will be unsustainable in the long run.

The country’s overall debt as a proportion of its economy peaked during the pandemic as local governments borrowed to fund infrastructure projects and boost the economy. According to data from the Bank for International Settlements, loans to the non-financial sector amounted to US$51.8 trillion in June 2022, or 295% of gross domestic product.

China’s policies throughout the pandemic have been heavily focused on the supply side rather than the demand side of the economy. Unlike many Western countries, the Chinese government refrained from distributing cash to households and focused mainly on supporting manufacturers.

“The systemic problems that China had in its pre-Covid economy are still there,” said George Magnus, an economist and research fellow at the University of Oxford, “in some aspects the pandemic has exacerbated them.” 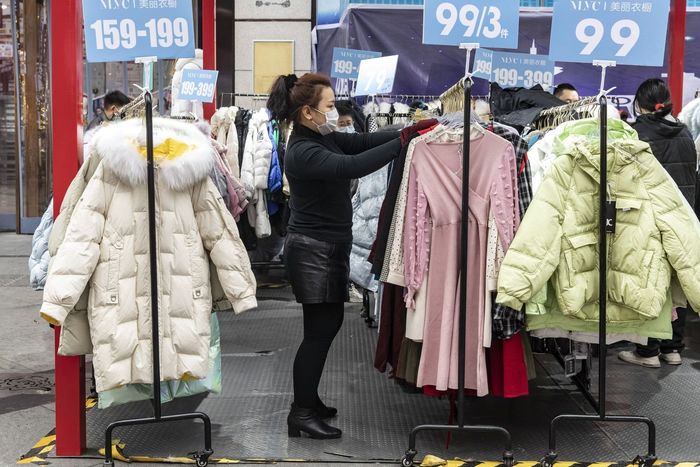 Despite the optimism expressed by some speakers at Davos, investors and business leaders inside and outside China remain wary of Beijing’s willingness to ease back its corporate restrictions of recent years sufficiently to re-engage private capital.

Mr. Liu tried to allay those concerns during Tuesday’s speech. He told the crowd in Davos that a return to a planned economy in which the party state dictates economic activity was impossible.

However, economists say Xi’s drive for self-sufficiency in a range of industries and his penchant for dictating how private companies should be run will continue to weigh on the vitality of the economy.

To achieve self-reliance in key sectors, Beijing has focused on channeling cheap credit to favored sectors like semiconductors, renewable energy and pharmaceuticals. But spending, which often involves less productive state-owned companies, has also been plagued by waste and corruption, economists say, with limited evidence of real innovation.

“Xi’s desire to ensure that party control extends to society as a whole goes well beyond his commitment to building a market economy,” said Mark Williams, chief Asia economist at Capital Economics.

—Rebecca Feng contributed to this article.