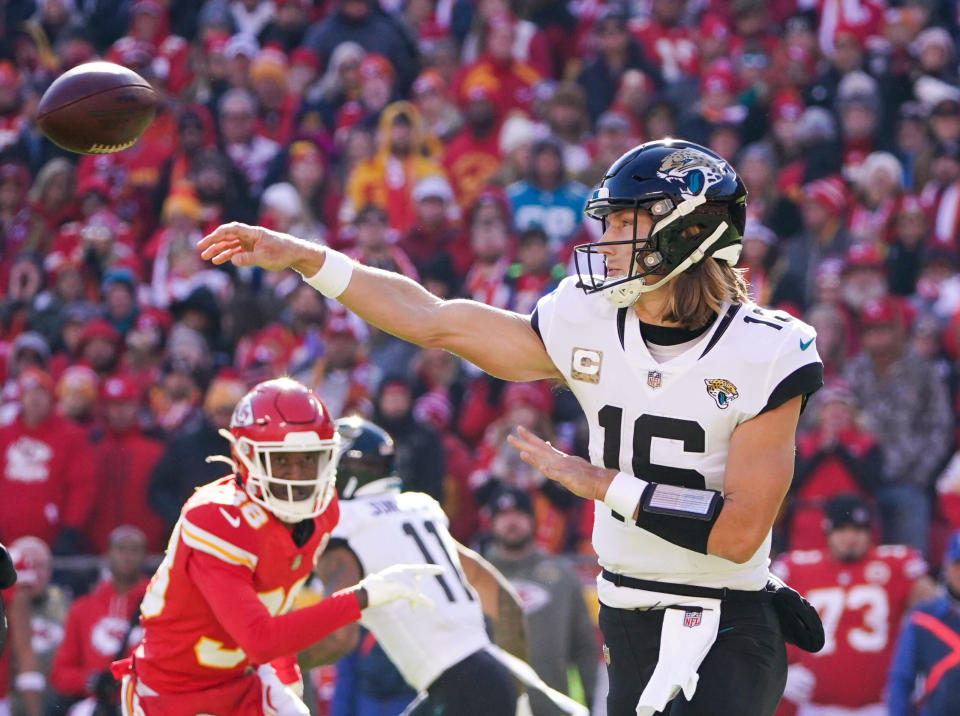 Kansas City Chiefs fans already had plenty of motivation to be as loud as they could with a spot in Saturday’s AFC Championship, but now they have a point to prove.

Chiefs fans are ecstatic after a quote from Jacksonville Jaguars quarterback Trevor Lawrence, who downplayed the noise of the crowd at Arrowhead Stadium, went viral on Wednesday.

“Obviously the environment and atmosphere that we’re going to play in is one of the best, if not the best, in the NFL,” Lawrence told reporters Tuesday. “I honestly can’t imagine it’s going to be much louder when our fans were here on Saturday, but that was when we were on defense, not offense. We played there earlier in the year but it’s a bit different. It’s a playoff game, divisional round, so the stakes are higher. So I expect them to be even crazier, busier stadiums.”

It’s hardly a inflammatory quote, but Chiefs fans take their crowd noise seriously. The suggestion that TIAA Bank Field might even approach their volume levels has rubbed many Kansas City believers the wrong way.

No decibel total was recorded to measure how loud the 70,000+ fans in Jacksonville were getting on Saturday. But it definitely wasn’t quiet.

As loud as Kansas City? Almost definitely not. Lawrence will find out if the difference is as negligible as he suspected.

“Nothing prepares you for this,” Pederson said Tuesday. “I can make the noise as loud as I want here and it won’t affect it, but it’s loud for them, it’s loud for their defense and obviously we both have to play in it. It’s a great atmosphere and these fans are obviously passionate about the Chiefs and it’s the loudest for a reason.”

The Jaguars played the Chiefs in Week 10 and lost 27-17. Jacksonville conceded five penalties in the loss, but none was a false start.