The 47-year-old broadcaster revealed she will be running 26 miles in Bill’s memory for Prostate Cancer UK throughout January.

‘Dear friend and colleague’ Bill, worked with Charlotte on Good Morning Britain and Classic FM. He sadly died of prostate cancer last August at the age of 66.

Tribute: Charlotte Hawkins paid tribute to the late Bill Turnbull on Thursday’s Loose Women and announced she will be running 26 miles throughout January in his memory for Prostate Cancer UK after he died of the same disease last August 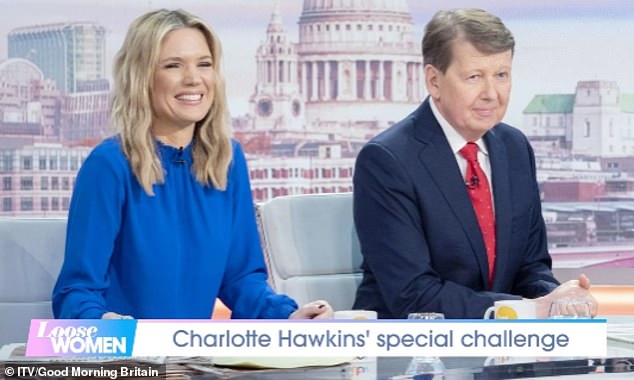 Friends: Charlotte described Bill as a ‘special person’ after working with him on Good Morning Britain (pictured) and Classic FM

Speaking to Charlene White, Sunetra Sarker, Carol McGiffin and Nadia Sawalha, Charlotte shared her memories of her friend, adding, “He was such a special person, it was lovely to work with him. He was a brilliant broadcaster.

“He was a generous presenter, he knew his craft inside out, but was just such a gentleman – he had such a fun, caring side at the same time. He was mischievous!

Charlotte said, “When I did Pet Classics, where we play soothing pet music while fireworks go off… It was Bill’s show, it was always Bill’s show and he wasn’t well enough to do it for a year. 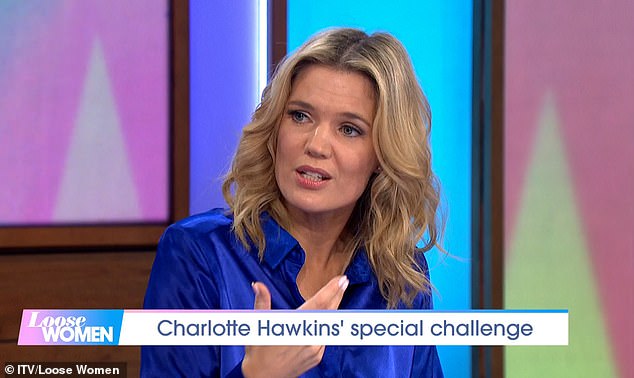 Sad: Charlotte said it was sad Bill became too ill to return to his Classic FM show after she took over for him

“They asked me to cover and I emailed him and said, ‘I’m just borrowing your show from you, you know, have it back if you’re well enough.’

Getting emotional, she added, “I’m going to get upset now… Anyway, we lost him and he couldn’t come back and it’s just so sad.”

Speaking of running, she said, “Sometimes you just have to look at that end and think, when I get there, it’s going to be worth it. Sometimes, the harder something is, the better you feel at the end of having done it.”

She added: “He wants me to keep spreading this important message so men can get screened and go to doctors.

“You know, it’s the most common cancer in men, but if caught early enough, it’s not a death sentence, so getting that message out is really important.”

Loose Women airs weekdays from 12:30pm on ITV1 and ITVX 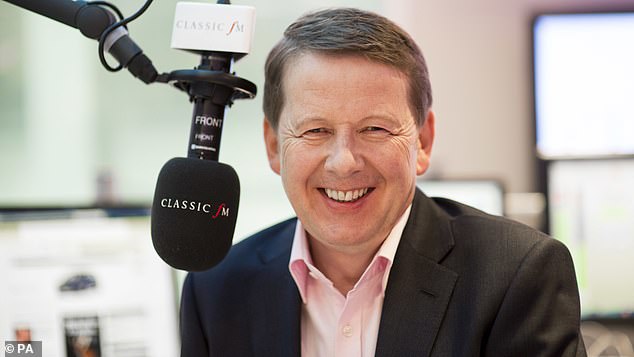 Raising Awareness: Charlotte wants to raise awareness of prostate cancer in Bill’s memory so men can get screened. Pictured: Bill on Classic FM in 2021