BREAKING NEWS: Ex-Spurs and Portsmouth defender Anton Walkes died in a boating accident in Florida on Thursday morning at the age of 25

According to the Florida Fish and Wildlife Conservation Commission, Walkes was found unconscious after two boats crashed near Miami Marine Stadium.

“We are heartbroken by the loss of Anton Walkes, a truly incredible father, a loving person and an outstanding human being,” Charlotte’s sporting director Zoran Krneta said in a statement.

“Anton embodied what it means to be a part of Charlotte Football Club and our entire community mourns this tragedy.

“The impact he left in the dressing room and throughout Charlotte will never be forgotten. We are thinking of his dear family at this time and will give them our fullest support in any way we can.’

In its own statement, Major League Soccer expressed its pain at the “tragic” news of Walkes’ death early Thursday following an accident in South Florida.

“There are no words today to describe the sadness of everyone in Major League Soccer after learning of the tragic death of Charlotte FC’s Anton Walkes,” the statement said. 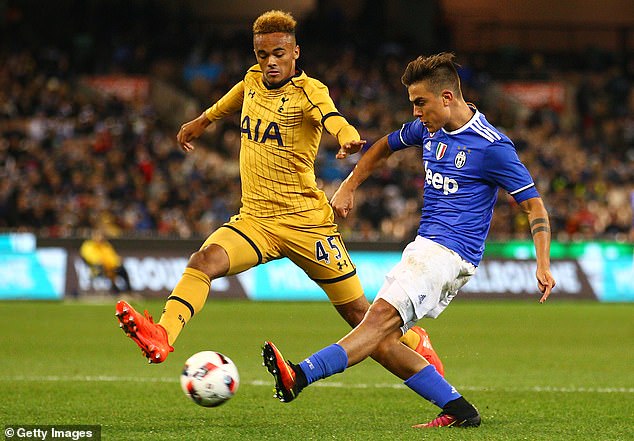 “Anton was a talented and dedicated player who was loved by his teammates and fans. We send our deepest condolences to his partner, family, friends and the entire Charlotte FC family.

“MLS is coordinating with Charlotte FC to provide players and family members with the resources and support they need at this tragic time.”

Walkes turned professional in 2016 and began his career at Tottenham Hotspur’s academy in England.

From there he was loaned out to Atlanta United and Portsmouth before being permanently with both clubs.

On December 14, 2021, Walkes was picked up by Charlotte as part of the expansion design.