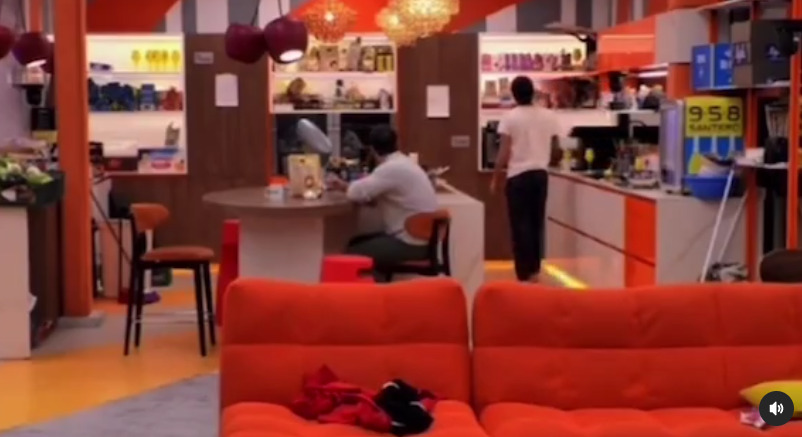 Mice would have appeared in the Casa del Gf Vip in the last few hours. Antonino and Andrea noticed it with a shock and immediately warned the authors.

It all happened in the last few hours, during the night, at Casa del Gf Vip. two Gieffini, Antonino Spinalbese and Andrea Maestrelli, they were in the kitchen and wanted to eat some biscuits first and make chamomile tea second. At a certain point Andrea heard noises from the locker. Immediately, startled by the idea of ​​what it could be, he called the roommate to appeal. Belen Rodriguez’s ex, mindful of the past few years, speculated that they could be mice. And when I saw how Maestrelli was a little afraid of the possible presence of mice, he took matters into his own hands.

Gf Vip, the mice arrive at the house

Antonino Spinalbese, who wanted to take matters into his own hands, he thought of rousing the new roommates with a broom. And he immediately warned the authors: “Look, here are mice!”.

To which Andrea, startled by the situation and her presence, he tried to keep his distance: “Of course they are mice, 100%. But is it just one or several? Yes oh god yes they are, they’re just the big ones like Pantegan. Come on, please don’t bother him. Isn’t it like they break through something and then invade everywhere? What are you saying? Last year a contestant woke up and stepped on a mouse?! What are you saying, stop it. Come on brother please, no I’m not going near and I’m not looking at the furniture! You didn’t understand, maybe you didn’t understand. No brother, you didn’t get it, I’m really scared right now. Then we have to leave at two in the morning. Don’t tease her. Stop it, I’m really scared”.

Instead the roommate he was trying to figure out how to do it and where they had come from: “Here the roof is high and they have enough space to do what they want and to build dens. Look, it’s been a long time since we’ve seen her in the bedroom. Or they come out while we cook. But everything is absurd here, recently the other room was also flooded”.