Many fans will rub their eyes at the sight of Magnus Carlsen in 10th place out of 14 participants. But it’s true, and it comes after back-to-back defeats at the Tata tournament in Wijk aan Zee (Netherlands). And just the day when the Norwegian’s retirement from the world title has a specific date: May 1st, when the World Cup between the Russian Ian Niepómniashi and the Chinese Liren Ding ends in Astana (Kazakhstan). The multi-champion has not lost in two consecutive rounds (in the classic modality) since June 2015.

The Scandinavian’s defeat is very different from Tuesday’s (Wednesday was a rest day) against Dutchman Anish Giri. Carlsen then made serious mistakes that could be clearly identified by a high-level chess player, even if he didn’t analyze the game with the help of computers. On the contrary, in today’s game you have to resort to the modules that calculate millions of shots per second to understand the mistakes of the still world champion.

The main key to the surprising result is that Abdusattórov, usually very solid and not willing to take risks, got into a garden full of snakes with his 13th move, where the three results were within logic. There are very few chess stars who dare to do that against Carlsen, although it is also true that he is not as strong in very complicated positions as he is in quiet ones. But challenging him like that is like throwing a glove in his face.

Carlsen accepted the challenge without making any obvious mistakes for 30 moves but consuming a lot of time. It’s likely that the fresh memory of losing to Giri was fluttering in his head and weighing on his thinking. The truth is without a doubt that Abdusattórov moved like a fish in water, even though the sea was very rough. And he emerged from the first time control (two hours a side for 40 moves) with an advantageous queen-three-pawn vs. queen-two ending. 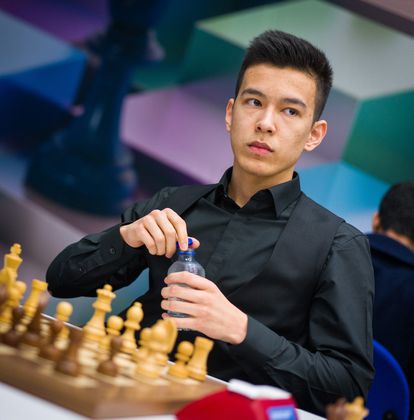 Silicon chess players at the time said the position was a draw with perfect defense. But Carlsen is human and he was immediately wrong. And Abdusattórov used it like a computer, quickly and precisely, without losing the composure of his face. The Uzbek has been in the spotlight of prospective champions since his gold medal at the 2021 World Rapid Championship, but he had not yet reached such a high peak in the classical modality. With this victory and his three points in the first four rounds of Roland Garros chess, he enters the top 20 (18th) in the world for the first time.

Carlsen lost with great dignity: he shook hands with the winner and for several minutes in a very low voice (so as not to disturb other players) discussed some lines. This behavior is notable when compared to the high-profile tantrums following other losses. And even more if the list of their annual lost games (in the classic modality) of the last five years is checked: two (out of 62 games) in 2018, zero (76) in 2019, two (79) in 2020 , two (24) in 2021 and one (52) in 2022.

To make matters worse, the tremendous excitement comes just as Carlsen needs to confirm more than ever that he’s number one by a wide margin, because on May 1st he won’t be anymore.