The new German defense minister, Boris Pistorius, is in charge. German Federal President Frank-Walter Steinmeier handed him the certificate of appointment on Thursday morning in Berlin. The resigning Minister Christine Lambrecht received her resignation certificate. The Social Democrat and former Minister of the Interior of the state of Lower Saxony was sworn in at the Bundestag. A meeting with US Secretary of Defense Lloyd Austin was planned for Thursday.

Steinmeier wished Pistorius “perseverance, good luck and a happy hand”. Pistorius takes over the ministry in a situation of threat and danger that Germany has not known for a long time and must start immediately. “For all the upcoming challenges and necessary reforms, you now need a cool head, strong nerves, leadership, clear language and political experience.” Steinmeier is said to have shown that Pistorius had it all in other demanding political offices. 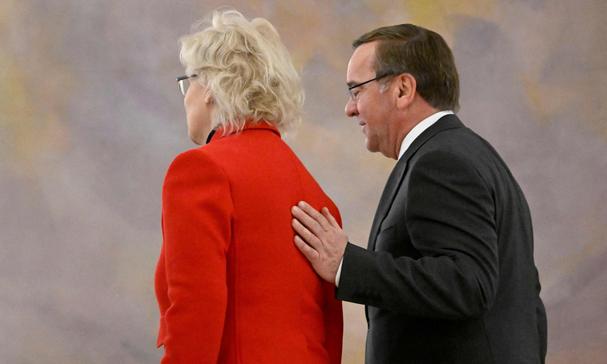 “Responsibility also for others”

“Germany is not at war,” the German president emphasized. For the country, however, a time of headwinds begins. “We must respond to threats that are also directed at us.” In this environment of new threats and geopolitical changes, it is now crucial to make the Bundeswehr capable of deterrence and ready to defend itself. “And that requires more modern and complete equipment, more efficient procurement, stronger personnel levels and attention and respect for the troops.”

Steinmeier emphasized that there is no time to waste. “As a strong country in the middle of Europe, we have a responsibility not only for ourselves but also for others.” Germany is not alone, but in alliance with partners. “And these partners must and will be able to count on us.”

After being sworn in to the Bundestag, Pistorius was received with military honors by the Inspector General of the Federal Armed Forces, Eberhard Zorn, at the Ministry of Defence. Shortly thereafter, a meeting with US Secretary of Defense Lloyd Austin was on his agenda.

The war in Ukraine and continued support for the country attacked by Russia are likely to be central themes. In recent days, pressure has mounted on Germany to also make Leopard-type main battle tanks available to Ukraine. According to unanimous media reports, German Chancellor Olaf Scholz is now ready to do so under certain conditions. According to the newspapers “Süddeutsche Zeitung” and “Bild”, in a phone call to US President Joe Biden, he made it clear that Germany could only comply if the US, in turn, supplied Ukraine with its own fuel tanks. Abrams War.