“I thought I was the one who did it…”

For weeks, Bold & Beautiful fans have been trying to figure out exactly what’s going on with Bill. Sure, the guy was something of a loser in love — despite being equally rich, powerful, and handsome. But would loneliness really be enough to drive him into Sheila Carter’s arms?

Put simply, no. And when he insists that is the case, we find the Lord protesting too much. 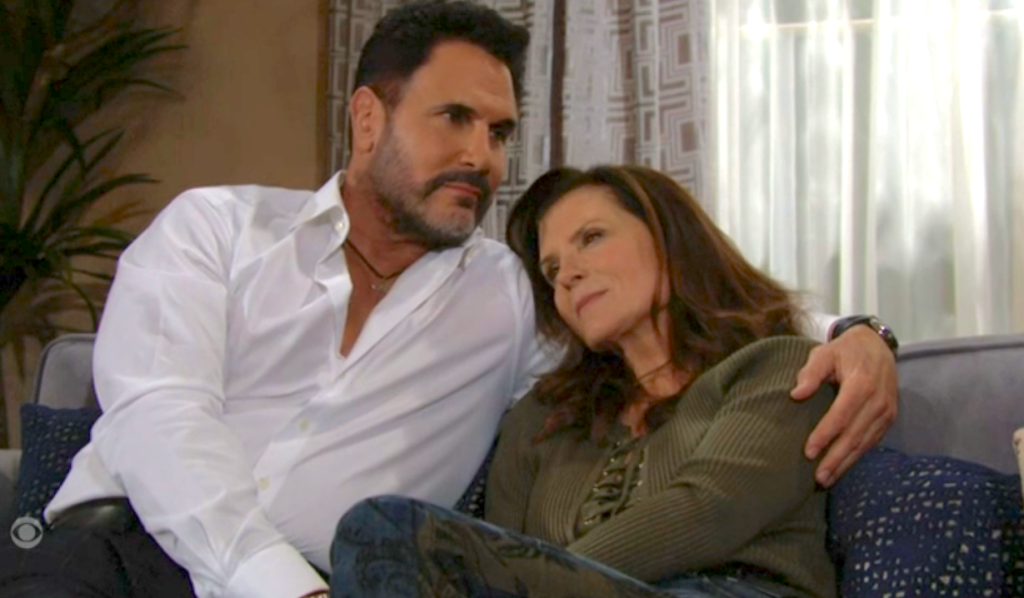 Eventually, though, we may have an inkling of what’s really going on. If you watched Friday’s episode, you probably noticed this very strange conversation between Liam and his wife Hope towards the end. (In case you missed it, here’s a synopsis.) On the surface, it seemed like a fairly standard replay of past events…at first.

Surely Liam and Hope weren’t the first to open up about the night of Bill’s shooting this week. As for Bill using Taylor’s confession to blackmail everyone into supporting his relationship with Sheila — if only by not sending her to jail — there was quite a bit of talk that night. 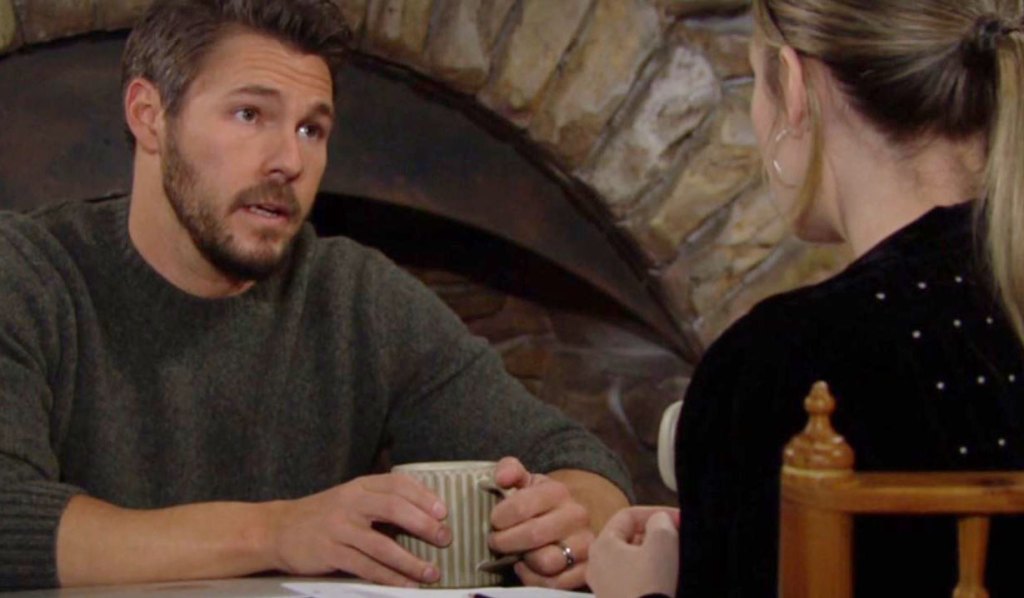 More: Where is Thomas and what is he up to?

But this time it was different. Because Liam reminded viewers that for a time he actually believed he was the shooter. Certainly his motive was just as strong as Taylor’s. In fact, it was basically the same: each of them was angry at Bill for using Steffy in their minds. (You’ll recall that Bill and Steffy’s one-night stand made her wonder if Liam or his father fathered their child.)

“I thought I was the one who did it,” Liam told Hope, and they reminded us that his “recollection” of committing the crime was the result of a concussion. “I can still remember doing it,” Liam admitted. “And I think that’s just my mind’s way of dealing with betrayal. For example, I imagined that my father was dead and then I imagined how I would make that happen.” 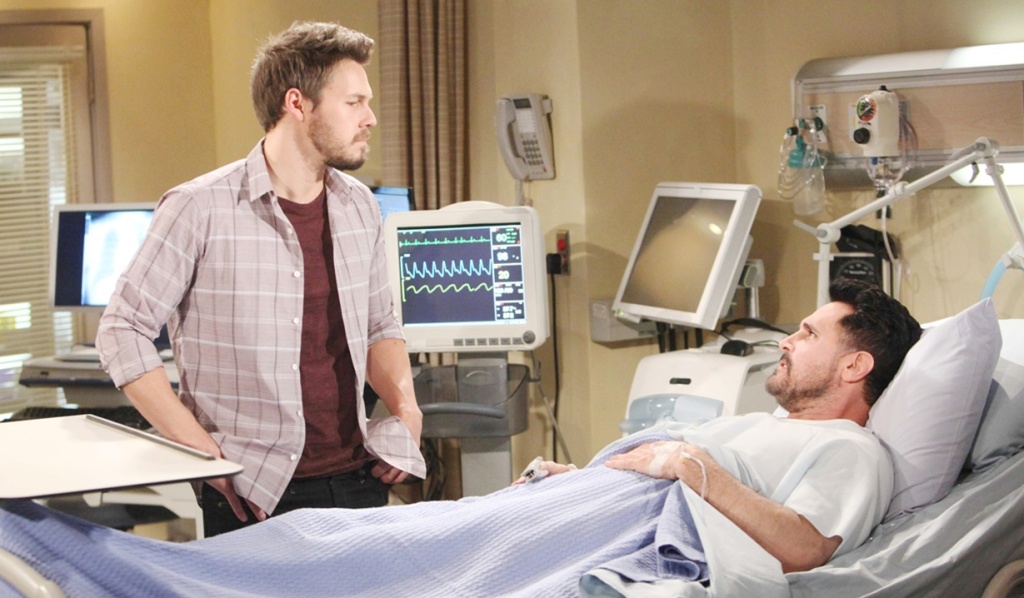 Eventually, Taylor confessed to breaking into Bill’s mansion and shooting him in the back… but what if things weren’t quite so clear cut? What if Taylor took that gun and shot Bill even if someone else fired a gun at the exact same time? And what if Sheila somehow found out that it was a gun fired by Liam, not Taylor, that struck down Bill that fateful night?

This rewriting of history could explain a lot…including why Bill is even faking his feelings for Sheila in private. Do you remember how she talked about the night they met at the beach? What if she’d almost casually mentioned during their conversation that she knew Liam had shot his father? In that moment, couldn’t Bill have made the decision to do whatever it takes to prevent his son from ever learning the horrifying truth?

Just like that, a switch could have been flipped in Bill. “I will pretend to love this woman and I will do whatever it takes to get her out of jail until I find a way to ensure Liam’s secret is never exposed,” he might have said. 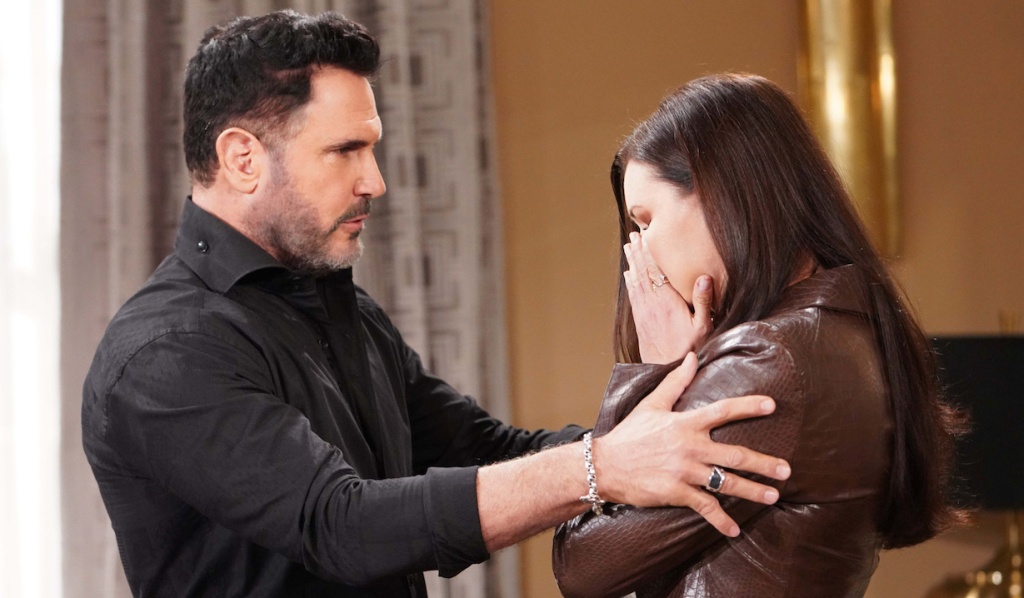 So much makes sense if that’s the case. Of course he can’t look at Katie’s eyes because she might see the truth in them; that he could never love a woman like Sheila!

If Sheila really knows this secret, she and Bill could be in a dangerous game right now, especially if she has any evidence against Liam. Maybe something she stashed away for safekeeping just in case it was ever needed.

What do you think, loyal viewers and readers? Did we crack the case?

Liam has made a whole bunch of very big, very bad mistakes over the years… and we’ve got the pictures to prove it, all in the gallery below!