When the Buffalo Bills signed pass rusher Von Miller, they hoped Miller would have the same impact on them that he had on the Los Angeles Rams last season, helping them win a Super Bowl.

Miller and the Bills could still see this season ending that way, but there are many concerns about it after he sustained a knee injury on Thursday.

Miller left Thursday’s game against the Detroit Lions with an injury. He was hit in the leg from the side by a Lions offensive lineman in the first half on a passing play, then his leg was rolled up at the end of the game. Miller drove a car into the dressing room just before halftime. He was quickly banned from the game, which is a bad sign.

Miller had eight sacks in the Bills’ first eight games. He signed a six-year, $120 million deal during the offseason to help the Bills in the playoffs. Miller was the Super Bowl 50 MVP with the Denver Broncos and then, after a midseason trade, was a big part of the Rams’ Super Bowl push last season.

The Bills will have nervous moments wondering about the severity of Miller’s injury. 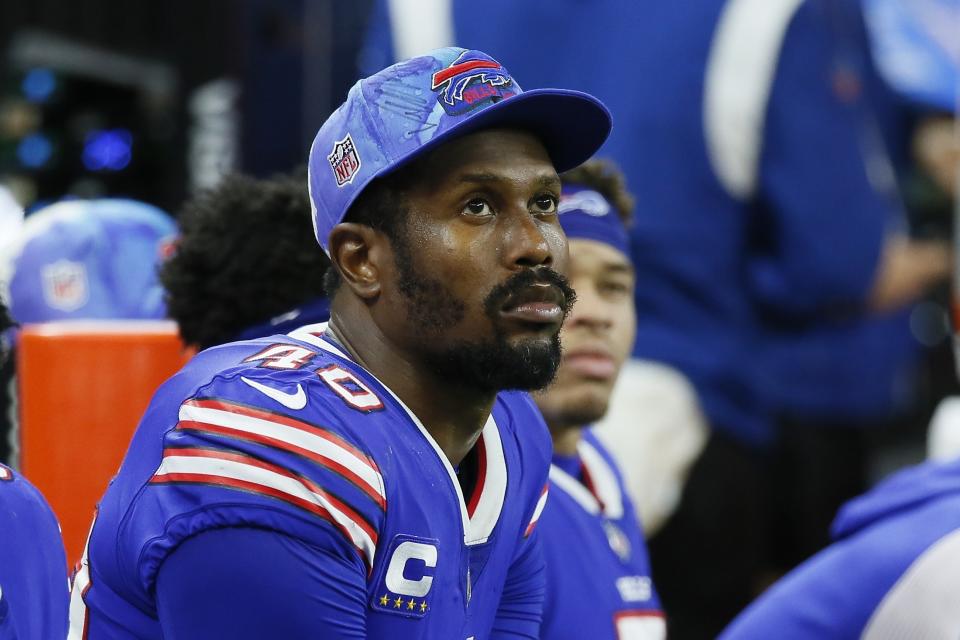