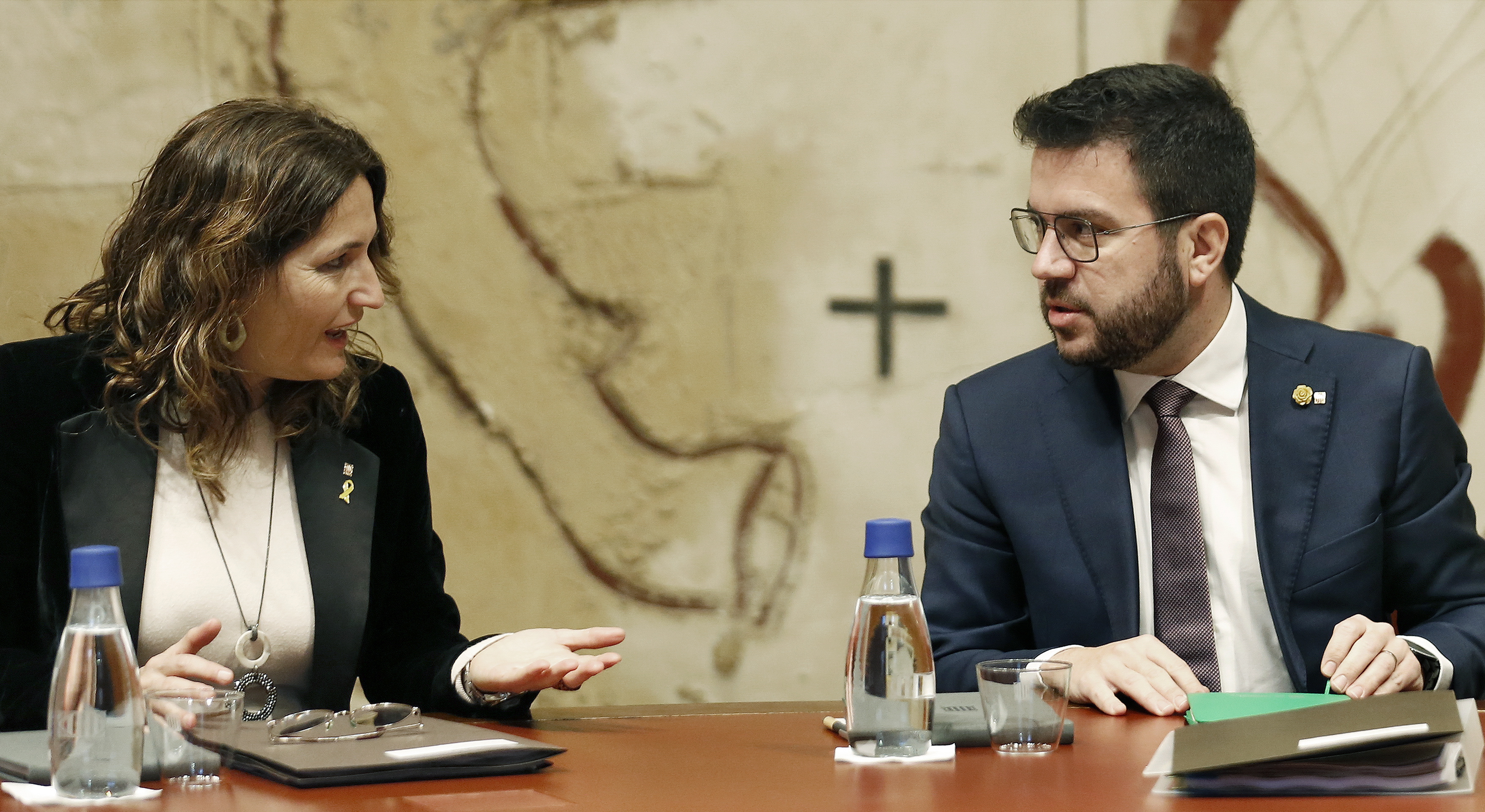 The government of the Generalitat has lost its plans. Pere Aragonès’ forecasts for approving the budgets have fallen on deaf ears, and the weakness of the messages that have been conveyed for a month and a half by the President and his closest collaborators, calling for calm, have become apparent. January has already passed half a calendar year and there is no green light for the accounts. The amber is not even visible, the PSC points out. The spokeswoman for the Generalitat, who said in December that the agreement was not far off, said earlier this year that the approval was a “matter of days”. This Tuesday, he argued that work on the B40 in El Vallès, also known as Cuarto Cinturón, was “the only” point of shock. The PSC denies this and says the list is longer.

Esquerra’s attempt to seat Aragonès and Salvador Illa at the same table last weekend asked for a photo of the final agreement, but the hour-and-a-half meeting ended without a handshake. The negotiators of the government and the PSC hold constant meetings, which produce different results depending on the level of appreciation. The government has reiterated since early December that the pact is very tight, but the PSC is cooling expectations.

For the first time on Tuesday, the spokeswoman for the Generalitat Patrícia Plaja specified where the negotiations are stuck: the B40. And he added that the government has submitted a proposal to the PSC to reach a consensus on the issue. “Now we have to see if there’s a will or if we’re wasting time,” he said.

The fourth belt is an infrastructure that is blowing bubbles in Esquerra and, above all, finds an ardent opponent in Juli Fernàndez, territorial councilor and former mayor of Sabadell. It is a high-capacity expressway to oxygenate traffic in the Vallès, which is in high demand in the Sabadell and Terrassa areas, but involves an environmental impact.

Aragonès and his councilors have already agreed to pave the way for the Hard Rock mega-tourist and casino complex in Salou and to modulate their frontal opposition to the expansion of Barcelona El Prat airport. The Generalitat says its position is based on “technical criteria” and points out that it is “not inconsistent” with what it has previously defended.

The stopper is resisting in the fourth belt and the government’s apparent optimism contrasts with the PSC’s position, which insisted there had been no significant progress in support of the budget. “We don’t want to make the partridge dizzy any more,” said MP Alícia Romero this Tuesday, who asked the executive for specifics. “We are where we were; The sooner the better; but look for other support,” said the spokeswoman, who refused to set deadlines and denied that the negotiations are stuck only in the Ronda del Vallès, as the government insists, alluding to the abolition of the Basic Income Pilot Office, for example , the freezing of delegations abroad or the 100 million investment in the waiting list shock plan.

Marta Vilalta, spokeswoman for the ERC, on Monday accused the Socialists of subjecting them to a “sort of blackmail” which Romero flatly denied. “We don’t do it: we set our terms to approve the budgets. They have 33 seats no matter how many they see 65 when they look in the mirror,” the socialist said, pointing to the legitimacy of any force, including junts and the commons, that set their terms for paying the bills. “With 33 seats, the government will have to give way if it wants to reach an agreement. What can’t be is that he doesn’t accept the terms of anyone but those of the small group. If there are no budgets, it’s because the government hasn’t given in to anyone. ERC needs to do a reality check and decide if they want to approve them and with whom. The work of seduction suits him,” he affirmed, calling for the need to widen the airport’s runway so that, for example, those in Turin or Milan do not pass in front of Barcelona.

If the agreement between ERC and PSC is difficult, with Junts it already seems like the triple somersault. Junts shares the PSC’s diagnosis, claiming it is a matter of negotiation as the ERC has lost the support of 41 of the investiture MPs and is not in a prominent position to agree. The government has prioritized negotiations with the Socialists – nearly 20 meetings – and has only had two with the junts since December 22. “They say we are priority partners, but the first thing they do is agree with the commons,” described Jordi Turull, secretary-general, who claimed ERC did not read thoroughly why they left the government. “They think it was a tantrum,” he said. “We want to know if they want to lead the government for what (the process) was voted for or not.”

The point is that the package of measures Junts are asking for is partially inconsistent with the agreement the government has reached with the Commons, which usually remember that ERC needs 68 votes, i.e. two parties, to agree. The measures are a tax cut for the middle class and begin to review inheritance taxes or set subsidies for the concerted school. Junts agrees with the PSC on large projects and defends hard rock as an alternative to petrochemicals. “If we want to replace these industries, we have to do something else. It’s not about making a player country, but about an offer that is not seasonal,” says the party. The Commons are waiting, but Jéssica Albiach claims she has a promise from Pere Aragonès that there will not be a single euro for major projects. “I have a budgetary agreement, not stability,” he warned.