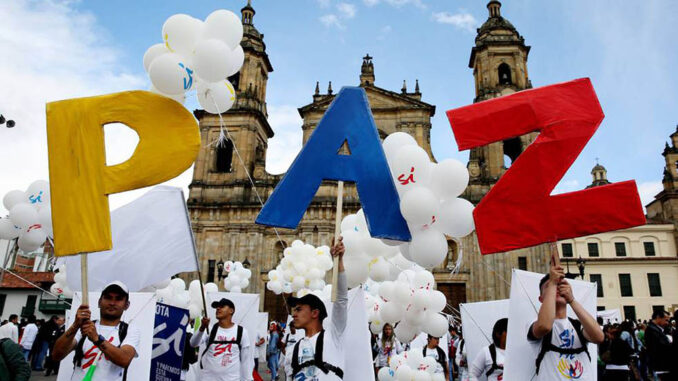 We trust that the leader of the working group, Otty Patiño; the High Commissioner for Peace, Danilo Rueda; The President of the Colombian Pastoralists’ Association, José Félix Lafaurie, and the whole team are achieving “yes, now, a real and lasting peace,” the diplomat wrote on his Twitter account.

In a letter published on the same social network, signed by Benedetti and addressed to Rueda, the Plenipotentiary pointed out that the extraordinary meeting is part of the development of the dialogues and has the purpose of achieving complete peace under the leadership of President Gustavo Petro.

“We trust that you and the negotiators delegated for this mission will spare no effort to achieve a peaceful Colombia,” the ambassador said.

In a statement last week, Patiño, on behalf of his delegation, thanked Venezuela for hosting this extraordinary meeting and announced that the second cycle of talks would begin in Mexico in mid-February.

The ELN also confirmed on Twitter the Wednesday January 18 meeting in Caracas to raise “clarities to overcome the crisis that has arisen and the harmonious continuity of the second cycle,” he said.

Two days later, the guerrillas declared in a communiqué that there was still no agreement on this and explained on their official website that after the end of the first cycle of talks in this capital, only the institutionalization of the desk was concerned.

He also specified making adjustments to the agenda to include consultations with both the President and Central Command.

“Once we have finalized what is planned, we will be in a position to discuss the bilateral ceasefire proposal and consider the conditions that will allow an agreement to be reached. We understand the government decree as a proposal to be considered in the next cycle,” the guerrilla noted.