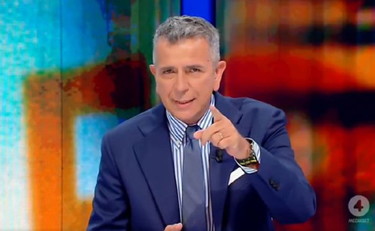 “Zona Bianca – but a bit blurry…”. He writes it on his social profiles Adriano Celentano, aimed at Giuseppe Brindisi, the presenter of “Zona Bianca” on Retequattro. “I often watch your show,” says Molleggiato, addressing Brindisi, “always interesting, I have to say, even if, despite your pleasant manner, you often and happily appear openly anti-democratic. Especially if you invite the nice policewoman over Nunzia Schilirò. I say this because I see that she is listening to everyone in religious silence, waiting for you to give her the floor. And when you finally give it to her, not only do you allow others to massacre her so you don’t understand what she’s saying, you even interrupt her as if that wasn’t enough. And that’s serious for two reasons: First, because the viewer at home wants to hear all the bells and not just the ones you like. Second, because your sympathy could lose numerous stock points,” concludes Celentano.

In short, now it’s a duel between Brindisi and the molleggiato. Criticism of Zona Bianca certainly does not go unnoticed and indeed the attack on the conductor could spark controversy. It’s not the first time Celentano has had his say on TV shows. And once again it caused an uproar.