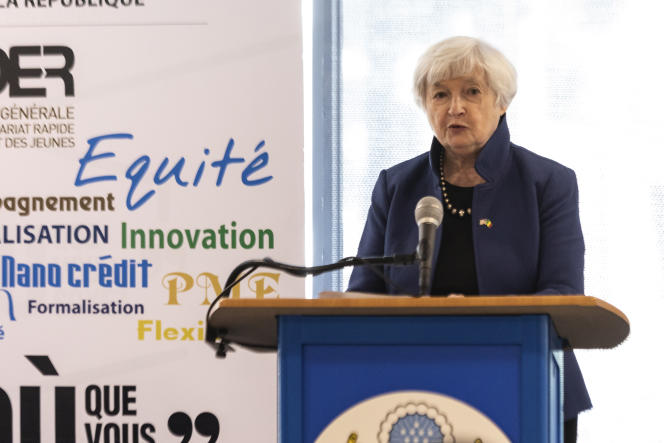 A default on America’s debt would “undoubtedly cause a recession in the United States and could lead to a global financial crisis,” warned US Treasury Secretary Janet Yellen on Friday, January 20, when interviewed on CNN.

The United States on Friday reached its debt ceiling set by Congress at more than $31 trillion, and elected officials could not agree to increase or remove the ceiling for the time being.

This event is not in itself exceptional as this cap has been the subject of legislative interference seventy-nine times since 1960.

The specter of a recession

But the Republican majority in the House of Representatives wants to use this issue to put pressure on Democrats to cut a certain number of spending, particularly those resulting from the programs put in place since the beginning of President Joe Biden’s term, as well as taxes.

In the event of a US default, “our borrowing costs would rise and every American would find their costs following the same trend”.

“But beyond that, failure to pay our debts, whether to welfare recipients or to our military, would certainly cause a recession in the United States and could lead to a global financial crisis,” Yellen said.

“It would undoubtedly undermine the dollar’s role as a reserve currency used in transactions around the world. Many Americans would lose their jobs,” she said.

Once the cap is reached, the US Treasury will be unable to borrow, even in the short term, to meet working capital needs. It has introduced a suspension period for debt issuance, which will last until June 5.

“Extraordinary measures” have also been taken, the minister said, including halting payment to several pension funds and sickness or disability benefits for civil servants, technical adjustments not immediately required for the payment of pensions.

These measures allow the US government to look forward, but may only be temporary, and if Congress fails to reach an agreement, the United States could eventually find itself in a default situation.

Ms Yellen was also received on Friday by Senegalese President Macky Sall, current head of the African Union, with whom she discussed relations with Africa.

Also read: In Senegal, Parliament rejects an opposition motion of no confidence in Macky Sall

“We are here as partners and will help work for African success,” she said after the meeting.

The trip is the first in a long-awaited series by senior officials in the Biden administration. The United States wants to regain influence on the African continent, the terrain of fierce economic and political competition between the great powers. Ms. Yellen also hinted that President Biden will visit sub-Saharan Africa by the end of this year.