Christian Dubé sees a lot of red on his dashboard, and that’s not a metaphor.

The health secretary has created a spreadsheet to monitor the network and what he’s seeing must worry him.

Dozens of indicators relate to emergencies, primary care, human resources, surgical procedures and hospital activities. Among them there are positive aspects such as the new access switch on the front. But overall the portrait is not encouraging. Red (declining) is more present than green (improving). 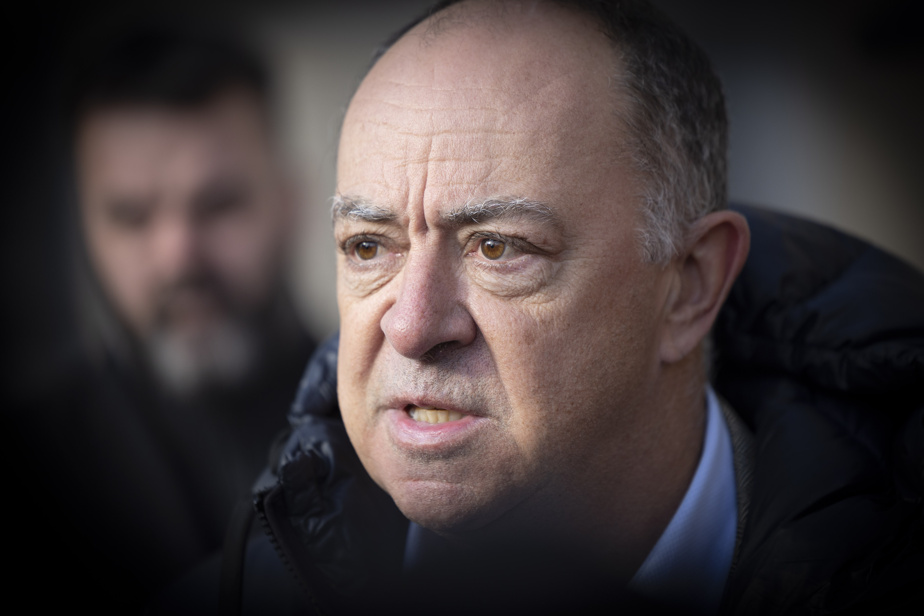 At the moment, Mr. Dubé enjoys a strong asset of sympathy. According to a Léger poll published in December, 59% of Quebecers have a good opinion of him, compared to just 20% who have a negative opinion of him. This is the best ratio of any elected officer.

Last May, the minister presented a plan containing the broad consensus of experts. The Caquistes reiterate that Quebecers would be “happy” to have him as minister, but if we interview the patients waiting in the ER and the orderlies standing on the brink of exhaustion, the word “thank you” might not be the first thing that comes matter.

In his reform, Mr Dubé proposes restoring “accountability” to the healthcare system. He wants to decentralize the network, notably by creating a health agency. The minister would make the guidelines available to the managers of the institutions, who would then be responsible for their application. They would be incentivized to be more effective through results-based funding and data driving best practices.

So much for the theory.

Mr Dubé does not want to spend his time putting out fires and that is understandable. When emergencies overflow like Maisonneuve-Rosemont, local managers must also be held accountable. Even the abolition of middle management hasn’t helped – since then, decisions have been made from below, by people who sometimes don’t even know the nursing staff, who force them to work “forced overtime”.

The fact remains: if the wait in the emergency room continues, if access to a general practitioner remains difficult, if the labor shortage does not go away, the minister must also explain himself. Because after this overall portrait one will judge one’s work.

His plan is still young. Mr. Dubé gives himself the “horizon” of 2025 so that the changes as a whole materialize. But he doesn’t control the Quebecers’ patience, which could be shorter than expected.

In the Maisonneuve-Rosemont hospital, the rubber band has already snapped.

This facility is receiving a large number of patients compared to its capacity and cannot be closed. There, too, a manager was challenged – she was deployed elsewhere. And the union and management couldn’t agree on self-governing their rosters.

While the case is special, the crises in Jonquière, the West Island and elsewhere show that there are many exceptions. And even if nurses renegotiate their collective bargaining agreement, that won’t be enough to explain the sit-ins by exhausted nurses.

We re-read Mr. Dubé’s plan and wonder what he will successfully change.

How far will he go with private agencies, for example? The minister is open to legislation – we expect he will reduce their employment without banning them, in an approach adapted to the needs of the regions.

There are also patient-carer relationships. On the one hand, there is no point in tightening quotas if it is understaffed. On the other hand, nurses without these circumstances will avoid advertised positions. Just like the self-administration of timetables, this will have to be regulated by collective agreements by pulling the checkbook.

Finally, will Mr Dubé ensure that mandatory overtime hours are properly measured to include episodes where financial pressure is placed on a nurse to agree to an extension of her day?

The longer the response is delayed, the more trust in Mr. Dubé is compared to an act of faith.

In October, the Medical Association sounded the alarm. “In 30 years of practice I have never seen the network in such poor condition,” stated its President, Dr. Vincent Oliwa. More than 30 presidents of affiliated medical societies supported his release.

The crisis existed before Mr. Dubé. He didn’t create it and he won’t fix it in a few months. But the danger for him is that this realism ends up a little too much like the usual fatalism.

Because if the situation overwhelms him to this point, why should he do better than the others? The color needs to be changed on the dashboard.