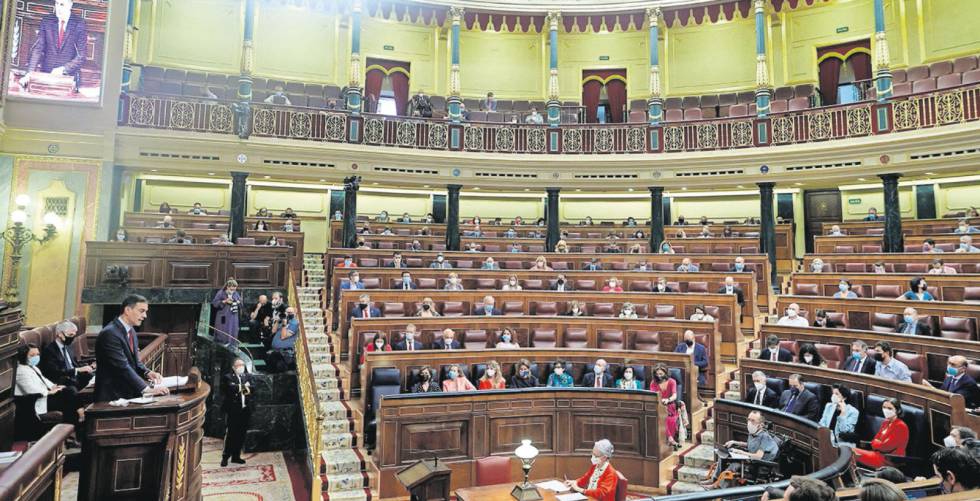 A manifesto published this Wednesday and signed by 254 journalists, intellectuals or former politicians calls on the PSOE to “revive its historic project” which the signatories say has “broken up” the current coalition government and urges them to “rise to the voice of the many socialists” who, as they emphasize, follow this fact with concern. The text, signed in Madrid and Barcelona, ​​is supported by journalists Miguel Ángel Aguilar, Antonio Caño, Diego Carcedo, Juan Luis Cebrián or Augusto Delkader; former politicians Rosa Díez and Joaquín Leguina; the diplomat Inocencio Arias, the writer and academic Félix de Azúa; the professor of constitutional law Francesc de Carreras; the architect Luis Fernández-Galiano; the philosophers José Luis Pardo and Fernando Savater; or the writer Andrés Trapiello.

The protesters denounce that the current governing coalition has “broken the historic project of the PSOE, which committed itself to respecting the letter and spirit of the 1978 Constitution, a true expression of the agreement reached in the transition”, and they also regret that the right The of the current situation lacks appropriate “energy”, “suggestion” and “discourse to solve the current situation”. They regret that the executive’s decisions are “consistent with the allegation of Basque and Catalan secessionism in flagrant violation of the constitution” and warn that they could lead to a process that “would ultimately lead to the destruction of the Spanish political nation”. . In this sense, the manifesto points to initiatives in Parliament which, according to the signatories, “violate the separation of powers, override essential powers of the Constitutional Court and suppress qualified majorities and quorums in the General Council of the Judiciary”.

The manifesto mentions that pro-independence Catalonia was granted “impunity” “by ad hoc laws” for the events of September and October 2017. This impunity, they understand, leaves the integrity of the constitution unprotected and threatens the principle of the universality of legal norms. In particular, it censures the parliamentary law reform process that cleared the reshuffle of the Constitutional Court, a process which the Guarantee Court paralyzed at the request of the PP – on the grounds that tabling amendments to a bill amending other provisions was unconstitutional (that of the Constitution and that of the judiciary) with no connection to that law (the Penal Code) – and only three days before it was voted on in the Senate. The resolution drew criticism from the executive, who upheld the verdict but described what happened as “the utmost seriousness.” At this point, the text reiterates that the text promoted by the governing parties “has dodged the advisory technical reports (…) and allows the parliamentary majority to advocate a process of demolition of the constitution”, in a process that warns is typical for liberal democracies being “perverted to become illiberal regimes”.

After the exhibition, the signatories call on the PSOE to “revive its historic project” and call on “the many socialists to raise their voices” who they claim are watching the process with concern. They also allude to the PP and “the rest of the constitutional forces” to “calmly and effectively carry out their inalienable duties without bankruptcy”. And they appeal one last time to Spanish society to “react in a civilized manner to this government and legislative policy, with a special appeal to young people”.