According to official figures, at least 18 people were killed in a helicopter crash near a kindergarten in the Kyiv region, including the entire senior team of the Ukrainian Interior Ministry.

At least 29 others were injured in Wednesday’s incident in the town of Brovary on the outskirts of the Ukrainian capital, according to Oleksiy Kuleba, head of Kyiv’s regional military administration.

Interior Minister Denis Monastyrsky, First Deputy Minister Yevheniy Yenin and Foreign Minister Yuriy Lubkovychis died in the crash, Anton Gerashenko, an adviser to the ministry, confirmed on social media, while calling those on the helicopter “patriots of Ukraine.”

The nine people on board the plane died, while the other victims were local people who “put their children to kindergarten,” said Kyrylo Tymoshenko, head of Ukraine’s presidential administration. 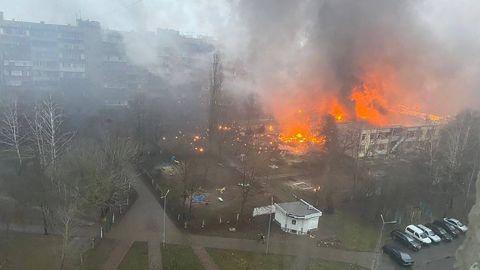 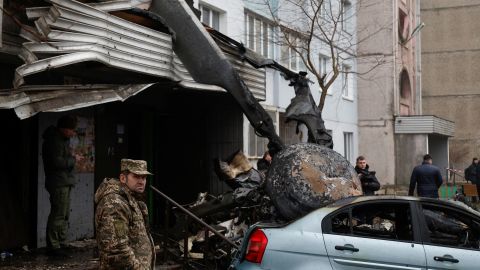 Kuleba, speaking to reporters alongside Tymoshenko at the scene, added: “There is currently no information on the number of missing children. Identification is in progress. Parents come, lists are made.”

A CNN team on the ground in the Kyiv region noticed gray skies and very poor visibility.

The crashed helicopter was a Eurocopter EC225 “Super Puma,” a CNN producer confirmed after seeing remnants of flight manuals under the rubble.

It landed near a kindergarten and an apartment building, Kuleba previously said.

“At the time of the tragedy, children and staff were in the kindergarten. At the moment everyone has been evacuated,” he wrote on Telegram.

Paramedics, police and fire brigade are on site, he added.