Equestrian Canada has allowed an equestrian trainer suspended after allegations of sexual misconduct to continue participating in his activities without supervision.

Renowned North American coach Francis Berger was officially charged in December with sexually assaulting two victims, one of whom was a minor.

But in May he was suspended by the Canada Equestrian Federation over allegations of sexual misconduct against him.

This has not prevented Berger from being present at at least two competitions over the summer without intervention from the federation to expel him, according to several of our sources.

“The Federation [Canada Équestre] ignored a heavy and serious case. She knew Berger was the subject of a criminal investigation by the police,” said Kelsey Perry-Carlsen, a former equestrian trainer and now CEO of an equestrian company.

For example, when organizers of an Ontario equestrian competition notified the federation of Berger’s presence – then suspended – the case was referred to Brian Ward, their complaints manager.

Photo from a journalistic source

A photo taken at a competition in Ontario last summer while he was suspended from Equestrian Canada.

“He has the right to sell horses. He can’t train,” he replied via email in English.

According to our information, this violated Berger’s suspension six weeks earlier.

The handling of this situation by the sports federation is all the more surprising given that the known cases of sexual misconduct involving athletes and coaches have multiplied in recent years. They were widely discussed in public.

This is the case of basketball coaches from a school in the Saint-Laurent district who are accused of sexual assault. They would also have been the subject of complaints prior to their arrest, particularly at Basketball Quebec.

For its part, Equestrian Canada was aware of the seriousness of the allegations against Berger, based on the administrative document justifying his suspension, of which we have received a copy.

“The incident (alleged harassment and sexual relationship with an athlete) is of such seriousness that I have decided to suspend the accused immediately [Berger] of a business, activity or event,” it said.

Ms. Perry-Carlsen, along with several other members of the federation, criticized Equestrian Canada for a lack of transparency in concealing the nature of the suspension of its star trainer.

“Each case is unique and represents an opportunity to modify and improve these processes,” said spokeswoman Melanie McClearon, speaking of the association’s internal procedures without specifying whether they are reviewed.

Our Bureau of Investigation tried to get Brian Ward’s version but he refused to answer our questions and referred us via email to Equestrian Canada.

Brian Ward has been assigned by Equestrian Canada to handle complaints to the Canadian Riding Federation since July 15, 2019.

►Francis Berger refused to answer our questions, claiming that an investigation was ongoing. He will return to court on January 23.

One of the alleged victims who filed a sexual assault complaint against equestrian trainer Francis Berger with police criticized the Quebec Equestrian Federation for not providing adequate protection for athletes.

In an interview with our Bureau of Investigation, this victim, whose identity we cannot reveal due to a court order, didn’t mince his words: “Cheval Québec does nothing to seriously protect athletes who are victims of aggression,” stated you.

She also states that she has filed a complaint with an independent official who deals with complaints against members of Cheval Québec. But although the complaint resulted in Berger’s expulsion, there is no section on the club’s website that informs you if a member is subject to an expulsion.

Barely a week after Berger was expelled from Cheval Québec, however, the victim emailed the applicant to inform him that Berger was present at a provincial equestrian competition in Bromont.

“Apart from my suggestion that Equestrian Canada be called, no one called me back to investigate the situation,” the victim told us.

Berger would not have limited himself to competing in association competitions, but continued his coaching career at his South Shore Farm stable in Saint-Hilaire. 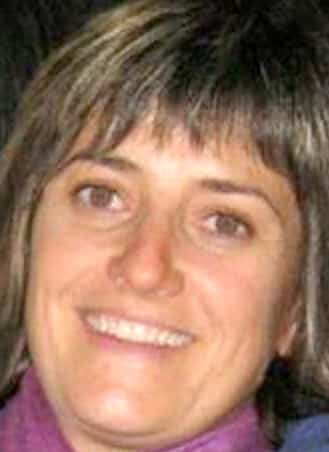 Cheval Québec President and Chief Executive Ève-Marie Frappier stated that the club had no power over the activities that take place in Berger’s personal stable, only those governed by the club.

When subsequently asked about prevention issues, Ms Frappier told us “that it is the parents who are responsible for the safety of their children”.

She then wanted to qualify her statements by pointing out that “we are all responsible, Francis Berger first”.

The day after the phone interview, Ms. Frappier added via email that Cheval Québec is implementing online awareness tools.